India vs New Zealand: Kyle Jamieson reveals plan behind getting Virat Kohli out

India vs Australia ICC Women’s T20I World Cup match live streaming: When and where to watch on TV and... 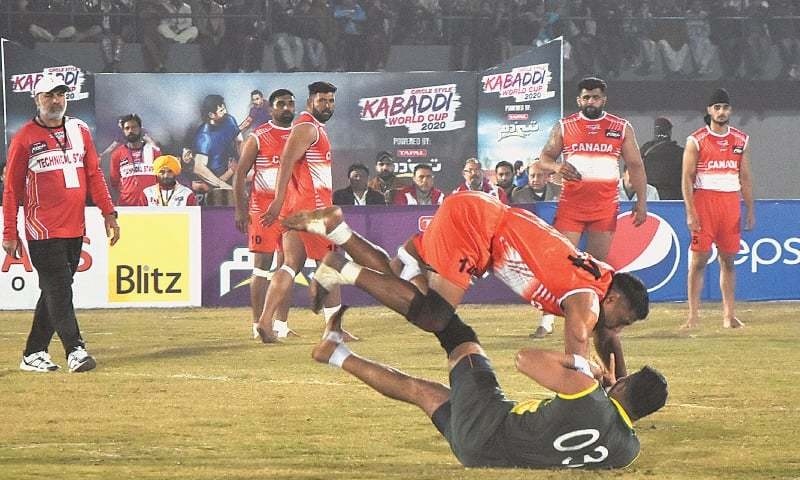 Pakistan won its last pool match against an inexperienced Azerbaijan team in the Kabaddi World Cup 2020 at the Zahoor Elahi Stadium in Gujrat on Friday. The host team won the toss and then played a skillful game against opposing team Azerbaijan, defeating them 40-30.

Meanwhile, India also won its last pool match, outplaying the England kabaddi team to win with a comfortable margin of 44-26.

The English side put up resistance with their players Sukha Lakhpuria, Rana Akmal, Ali and Sajid earning huge appreciation from the crowd for their moves but opposing team India successfully countered them in both the raiding and stopping departments. Indian players Arsh Jhola, Deepak Kashi and Ravi Kumar also amused the audience with wonderful raids.

The first semifinal of the tournament will be held between India and Australia at 6pm on Saturday while Pakistan will play against Iran in the second semifinal at 7:30pm on the same day. Both matches will be played at the Punjab Stadium in Lahore.

The final points for India which is in Pool A are eight while Pakistan’s total points are six making it the top-most team in Pool B.