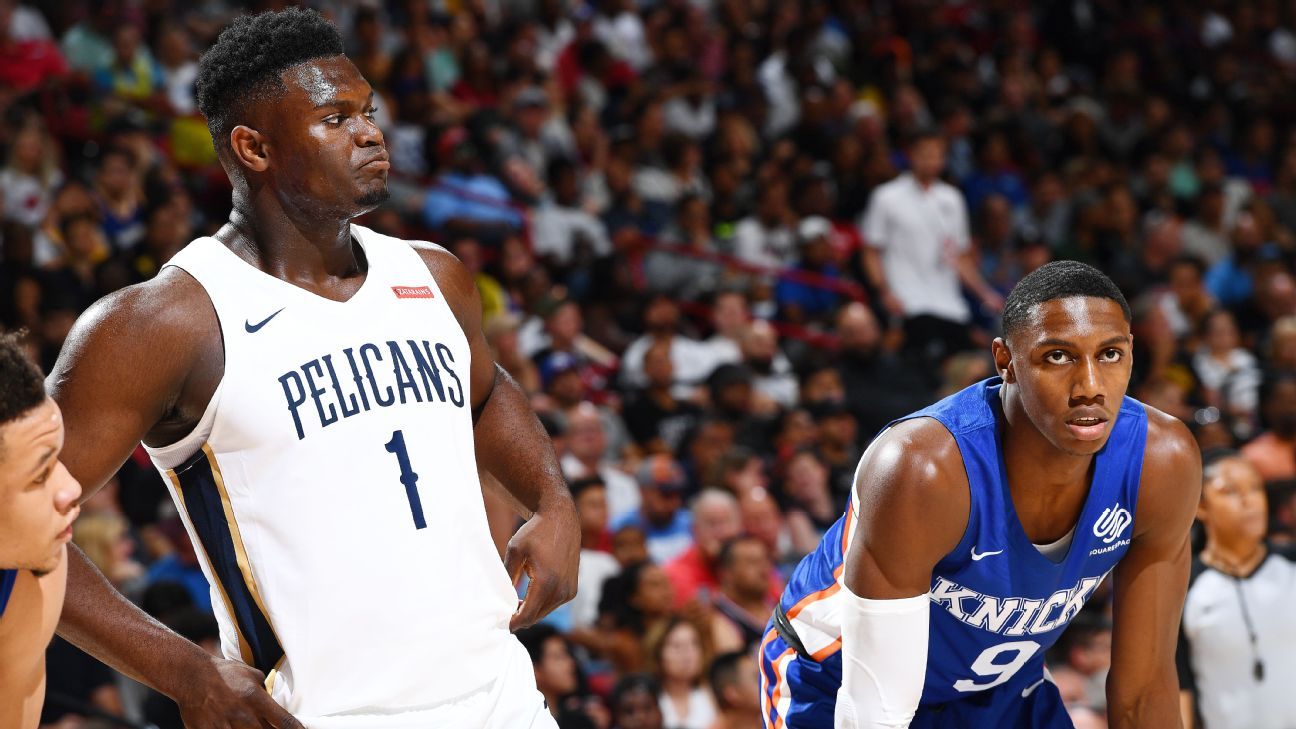 NBA All-Star Weekend is here! This is the third consecutive year in which captains participated in a fantasy draft and selected their own teams, a change from the traditional East vs. West format.

Here’s what we’re watching as the league’s best showcase their skills in Chicago.

Pau Gasol and Sue Bird discuss the impact that David Stern and Kobe Bryant had on the game of basketball, prior to #NBARisingStars. pic.twitter.com/TRt61DdLVm

Miles came out with the off-the-backbord dunk after tweeting this at halftime 😆 https://t.co/I2ei7lyHZn

Stephen A. Smith and Michael Wilbon are introduced as their teams prepare to square off in the Celebrity All-Star Game.

Stephen A. Smith and Michael Wilbon offer remarks to honor the late Kobe Bryant and David Stern prior to the Celebrity All-Star Game.

Relive the best moments from the Celebrity All-Star game, including Darius Miles’ block, Stephen A. Smith getting T’d up, and Spice Adams’ legendary moment.

The pre-game pep talk. This game is no joke, DAMNIT! #CelebGame pic.twitter.com/nFVtNVBchF

Stephen A. and Katelyn Ohashi tried to be slick with this sub 🤣 pic.twitter.com/qOzVkZ9H17

First half analysis: we AIN’T getting ANY calls! pic.twitter.com/hw5Q0xnW8b

Horace Grant and Nate Robinson have joined the fun at the Celebrity Game. pic.twitter.com/jn7KvG1vZL

These refs have some damn nerve giving me a technical. BLASPHEMOUS! pic.twitter.com/Qw5pnHGEcf

Congratulations to @common on the Celebrity Game MVP! pic.twitter.com/gcW1mp7PoF

The skills contest is designed to showcase a little bit of everything — quick dribbling through obstacles, throwing bounce passes and chest passes through cylinders, an end-to-end run for a layup and back the other way for a pull-up 3. It’s a head-to-head tournament format, and the fastest time advances. There’s always the fine line to walk of trying hard without looking like you’re trying too hard, which is why Patrick Beverley is a popular pick — he’s going full speed.

But keep an eye on the sneaky, skilled bigs who want to show up their ballhandling brethren. Which is why Miami Heat star Bam Adebayo might be the low-key favorite.

The 3-point contest is getting a small tweak to it for the eight-player field. There are the standard four racks with four regular balls plus one money ball that is worth two points. Then there’s the all-money rack, where each ball counts for two, placed at the shooter’s desired location.

But the new twist is an additional two balls — colored green — that will be 6 feet behind the line and worth three points apiece. There are two rounds, with the three highest scores moving on to the finals, where highest total wins.

Joe Harris is the defending champ, but Davis Bertans might be the pick. Not only is the Wizards sharpshooter completely lights out, but he’s one of the best long-range shooters in the NBA, playing right into the revamped rules.

There are no changes to the dunk contest this year, but we do get a blast from the past.

Aaron Gordon is an easy pick because he helped produce one of the most memorable duels of all time alongside Zach LaVine in 2016. Derrick Jones Jr. can get up too, and has previous dunk contest experience.

The nostalgia factor alone makes Dwight Howard a popular pick to win, but how much bounce remains in those 34-year-old legs remains a question.

Keep an eye on dark horse Pat Connaughton, though. He didn’t make it by accident. After all, 44-inch verticals give people a lot of time to do cool things in midair. And he might already have something up his sleeve.

This year’s game features plenty of changes, from the score resetting after each quarter to the winner being decided using an Elam-style finish that will also honor Kobe Bryant.

Still, there is one important thing that will remain the same: 24 of the best players in the world will go head-to-head until one side comes out on top.

Here’s a quick look at some of the key things to watch as this year’s edition of the league’s annual midseason showcase unfolds inside Chicago’s United Center:

Matchup to watch: Giannis vs. everyone

Over his six-plus seasons in the NBA, Giannis Antetokounmpo has proved himself to be as competitive and driven as anyone in the sport. There’s little doubt that, over the past couple weeks, he’s heard the comments about how his team doesn’t measure up to the one LeBron James has drafted. And there is equally little doubt that if there is anyone who would play hard enough in an All-Star Game to try to overcome those doubters, it would be the Greek Freak.

The question here is whether that will be enough to overcome what is a pretty clear talent gap between the two sides. If it works out that way, however, then we all know who the MVP of the game will be.

There are only two matchups of teammates going up against one another in Sunday’s game: Boston Celtics guard Kemba Walker vs. forward Jayson Tatum, and Philadelphia 76ers guard Ben Simmons vs. center Joel Embiid.

For Simmons and Embiid, this is nothing new — the two of them faced off against one another last season, after Antetokounmpo and James engineered a draft-night trade to send Simmons from Team Giannis to Team LeBron. But this is a first-time thing for both Walker and Tatum — Walker because he’s never had a teammate in the All-Star Game before and Tatum because he’s never been there at all.

Walker said Thursday that he hasn’t given Tatum any advice on how to handle it.

“It’s an experience you just have to go through,” Walker said. “Whatever he’s feeling, he’s supposed to feel that way. It’s his first time, he doesn’t know what to expect, he’s an All-Star, man. That’s it. I’m super proud of him, he deserves it. It’s going to be fun.”

Yes, it is Young’s first time as an All-Star. But he also has the perfect game for this format: the ability (and willingness) to launch from 30 or 40 feet with abandon, as well as throwing all sorts of crazy passes to players either spotting up for 3s or flying to the basket for rim-rocking dunks (the fact that no defense is required doesn’t hurt, either).

And if you really want to go deeper down the rosters, Phoenix Suns guard Devin Booker — the last player into the game — is another intriguing choice. Another first-time participant, Booker might not get enough time on the court to make a run at the award. If he does, there are few guys who can score as quickly as he can — which is the perfect recipe for getting yourself in contention to win this game’s MVP award.

* Voted in as starters

Quavo | Rapper, one third of Migos

Could anyone in the NBA sweep All-Star Saturday? We pick five superstars and one legend who are ready for action.

The All-Star draft is done, but that doesn’t mean we can’t have some fun. Kirk Goldsberry built an All-Star mock draft that ensures the best possible game between Team Giannis and Team LeBron — one that is somewhat based in reality, and somewhat just based on our own basketball desires.

We have the official selections for the 2020 NBA All-Star Game. But how well do you know these dudes? Let’s see how you fare in our third edition of shot chart trivia.

What is the new All-Star Game format?

This year’s All-Star Game will be all about honoring Kobe Bryant.

In a major change to the All-Star format, the NBA announced it will turn every quarter into a mini-game for charity before an untimed final quarter with a target score that will decide which team wins. Scores will be reset — back to 0-0 — at the start of the second and third quarters, then restored to begin the fourth quarter.

That’s where the tribute to Bryant and the No. 24 jersey he wore for the final decade of his NBA career comes into play. The team that wins the All-Star Game will be the first to reach a target score, determined by the total points the team in the lead scored in the first three quarters combined — plus 24, the obvious nod to Bryant.

How does the All-Star voting process work?

Beginning in 2016-17, current players and media joined the fans in the voting process. Fans account for 50% of the vote to determine the starters, while players and media account for 25% each. Once votes are tallied, players are ranked in each conference by position (guard and frontcourt) within each of the three voting groups.

Each player’s score is calculated by averaging his weighted rank from the fans, players and media. The two guards and three frontcourt players with the best score in each conference are named starters. Fan votes serve as the tiebreaker for players in a position group with the same score.

The seven reserves from each conference are selected by NBA head coaches. If there needs to be an injury replacement, that pick is determined by NBA commissioner Adam Silver.

How are captains and teams selected?

Instead of the traditional East vs. West format, the NBA moved to a new format in 2018, where two captains pick the teams from a pool of 24 players who are voted in by fans, media and players.

Virat Kohli is one of the few batsmen who has managed to confidently tackle most of the bowlers around the world. However, former Pakistan fast bowler Shoaib Akhtar believes that the Indian captain w… 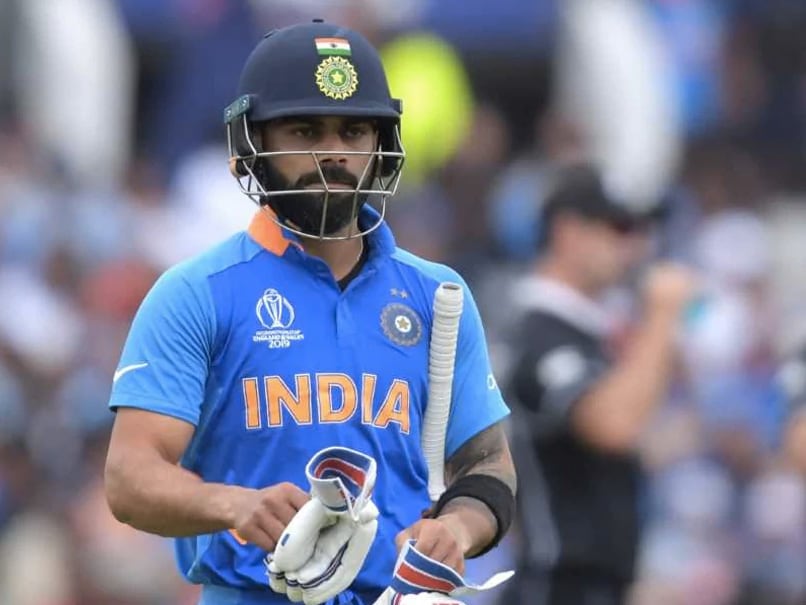 Virat Kohli is one of the few batsmen who has managed to confidently tackle most of the bowlers around the world. However, former Pakistan fast bowler Shoaib Akhtar believes that the Indian captain w…
Read More

The GOAT debate and player to end up with the most number of Grand Slams have been the most discussed subject matters in the tennis world. With Roger Federer leading the race with 20 Slams and his ar…

The GOAT debate and player to end up with the most number of Grand Slams have been the most discussed subject matters in the tennis world. With Roger Federer leading the race with 20 Slams and his ar…
Read More

With the Italian giants said to be keen on securing a reunion with Paul Pogba, a number of players will allegedly be allowed to leave Turin during the next window. According to Tuttosport, that has … 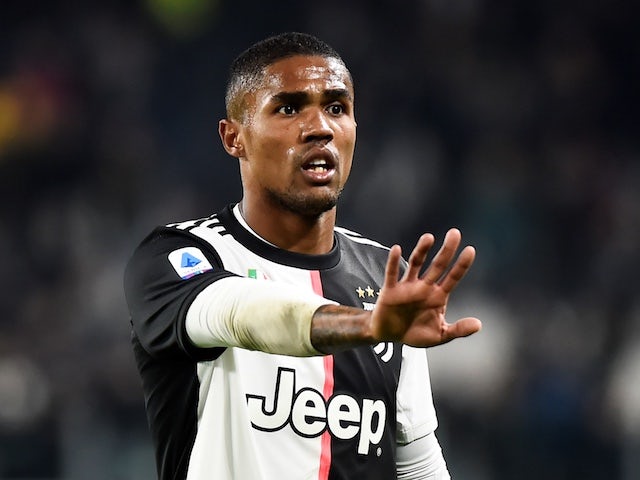 With the Italian giants said to be keen on securing a reunion with Paul Pogba, a number of players will allegedly be allowed to leave Turin during the next window.
According to Tuttosport, that has …
Read More