Jan Blachowicz or Dominick Reyes? Jon Jones Hints on His Next Opponent
Advertisement 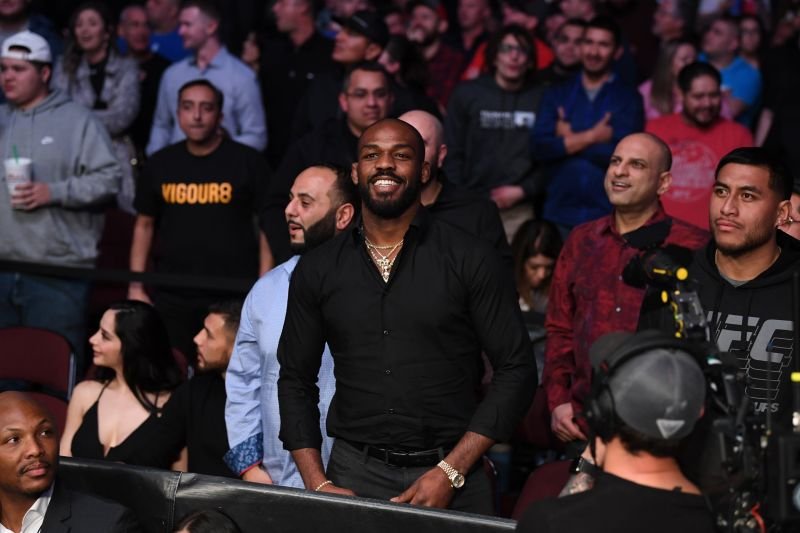 Jan Blachowicz or Dominick Reyes? Jon Jones Hints on His Next Opponent

UFC Fight Night 167 just wrapped up and Jan Blachowicz walked out of Rio Rancho with his hand raised. Blachowicz made quick work of his opponent Corey Anderson by knocking him out in the very first round. Post-fight, UFC light heavyweight champion, Jon Jones had a few comments to share about the fight.

Jones believed that Corey Anderson would win the fight against Blachowicz as he considered him to be more athletic. However, he thrashed Anderson’s performance after getting knocked out in the first round. Anderson, who was on a four-fight win streak was keen on fighting Jon Jones after his fight with Blachowicz.

With regards to Anderson’s performance, Jones said, “Corey seemed slow tonight. It seemed like something wasn’t clicking in there. He looked slower and more hesitant on his takedowns.”

Jones took every opportunity to go after Anderson for not focusing on his fight with Blachowicz. He said, “Honestly, I think he was more worried about fighting me than fighting Jan Blachowicz.”

This was Jan Blachowicz’s third victory in a row. Before the fight, many speculated that the winner of Blachowicz vs Anderson was going to be next in line for the title. The champion did not disagree.

The light heavyweight champion had nothing but praise for Blachowicz. When asked whether Blachowicz is a worthy opponent Jones said that, “Oh, yea. Jan has great knockout power. Very technical. Fundamentals are very sharp. I think he’s gonna be a great opponent.”

Jon Jones on Jan Blachowicz: “I can totally see the UFC matching us up with each other. What better way to make a claim for the title than to get a knockout like that, so I got a feeling the UFC will be giving me a call real soon.”
(via @espnmma) pic.twitter.com/zvskfVQl65

So what about Dominick Reyes?

In an interview with MMA Junkie, Jones said that he does consider the rematch with Dominick Reyes. However, he also said that he is fine even if they don’t rematch. He believes that he won rounds 3, 4 and 5 in his fight against Reyes.

Who do you think Jon Jones should fight next? Blachowicz or Reyes?

Continue the conversation on Telegram, join other MMA fans on MMA Fans Group