Pat Cummins‘ AU$3.17 million contract with Kolkata Knight Riders may be enough reason for him to want this year’s IPL to go ahead. But the Australian vice-captain has admitted that international cricket should take priority over the world’s richest domestic league should health and travel restrictions from the COVID19 pandemic be relaxed in time to allow the calendar to resume later this year.

Australia is due to host the men’s Twenty20 World Cup in October and November, before a lucrative Indian tour that follows. Cricket Australia (CA) have reportedly drawn up scenarios for the 2020-21 season that feature losses of 25%, 50% or 100% of projected revenue, while also seeking a $200 million line of credit from banks to be used if required.

These plans suggest not only the possibility of Cummins’ IPL deal being placed on hold by global events, but also a significant pay reduction for the players under their revenue share model with CA.

“There are so many scenarios. It always seems to change. I guess the lucky thing is we have time on our hands here in Australia with cricket,” Cummins said. “The World Cup is still six months away, at least seven months away, and the big Indian tour is still 8-9 months away. So lots of things can change. Imminently, obviously the IPL, the Bangladesh tour and the one-dayers over in England are the ones that we are probably more focused on at the moment.

“I guess the lucky thing is, coming off so much cricket, we feel like it won’t take too long to get up to speed again. So just trying to tick things over at the moment. Yeah, be really open-minded that things might change and they might change pretty quickly so just being aware of it, I think this year’s going to look very different to what we’ve seen before.

“Obviously, we got some word through last week about contracts to say with so many unknowns, the CA are just going to delay that by a couple of weeks than what they’d normally do. It was three years ago that in our MOU negotiations players wanted to make it clear that we wanted to be partners in the game, and sharing in the upsides and exactly the same as in moments like these. We’ll take some of that pain if things don’t quite go right.”

As for how the crammed intentional calendar can be adjusted for the time being lost, Cummins was clear that something would likely have to give. Though he has plenty of desire to fulfill his IPL deal, Cummins said the T20 World Cup and looming Test series towards the back end of the world championship would need to take priority.

“The T20 World Cup is something we’ve spoken about for the best part of two or three years,” he said. “Here in Australia to play a home World Cup, we know the ODI World Cup in 2015, that was absolutely a career highlight for me and I wasn’t even playing. I’d love to see that go ahead. That’s the big tournament this year for international cricket.

“I’d love for that to happen in a perfect world and if I was to be really greedy, I’d love for the IPL to happen as well. But just wait and see…Test cricket, that’s the pinnacle for cricket. Hopefully we can play as much of that as possible but there’s so many more much bigger things at play. It’s all out of our hands.”

“In our MOU negotiations, players wanted to be partners in the game. So we’ll take some of that pain (even if it means paycuts) if things don’t quite go right.”

Cummins has maintained daily contact with Knight Riders as all IPL clubs wait for further clarification after the tournament was initially delayed until April 15 by the BCCI. That decision predated a national state of lockdown to limit the spread of coronavirus, with strict international travel restrictions also imposed.

“They obviously haven’t cancelled it or anything like that yet. It’s still a bit of a holding pattern, so we’re in contact with our teams every few days,” Cummins said. “And obviously everyone is still really keen for it to go ahead, but the priority is to minimise risk of it spreading and everything else.

“Everybody is still really confident and hopeful it’ll be played at some stage. But obviously it’s going to be pretty tight, I think the [Indian] travel ban is in place until April 14 so I don’t expect anything too soon to happen. I mean obviously the preference would be to be over there playing, but I think the silver lining is we do get a bit of a break.

“We’re lucky in cricket, that it’s right at the end of the season. We’ve played basically our whole season out, except for the last couple of games, and we’re always looking for those small breaks to refresh. So at the moment we’re just trying to – that’s been the emphasis from the coaches and the staff, this is kind of our rest period anyway – if we weren’t going to IPL.

“So just trying to have a bit of a refresher at the moment then obviously we’ll play it by ear in terms of what’s ahead. But it almost feels like the start of an off-season at the moment, albeit we’re all training by ourselves at home rather than going to the team gym.”

Umar Akmal needs to look at the company he keeps, is a fine batsman: Shahid Afridi

The coronavirus pandemic has left people locked inside their houses, making it difficult for them to maintain their fitness. While it is difficult to maintain fitness with gyms around country closed,… 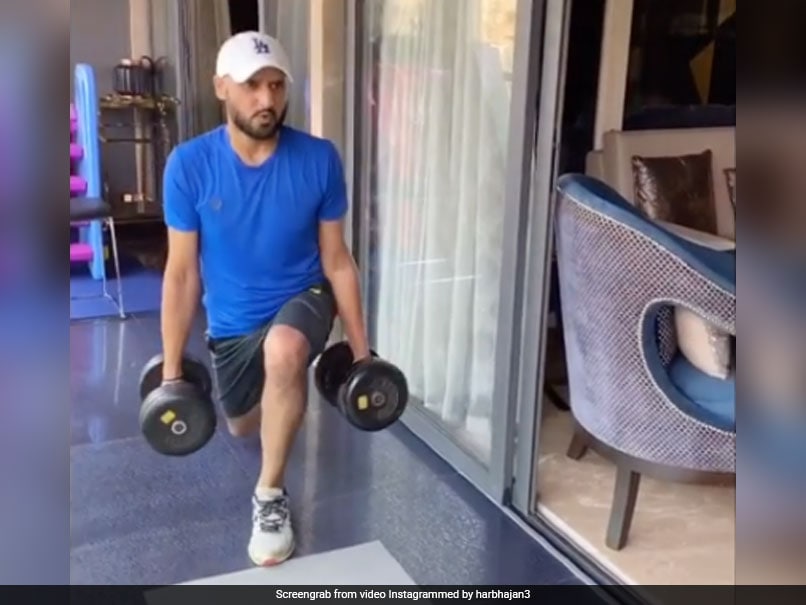 The coronavirus pandemic has left people locked inside their houses, making it difficult for them to maintain their fitness. While it is difficult to maintain fitness with gyms around country closed,…
Read More