After two years, activity heats up at Cong war room

Dispatch X: A columnist looks back

Registrations for COVID-19 vaccinations on CoWin 2.0 portal begin 9 am tomorrow; all you need to know

From 1st Covid-19 patient, a call to dispel stigma

Lessons from the coronavirus outbreak

Here`s how to register for COVID-19 vaccination on Co-WIN 2.0 portal

After Maharashtra, Gujarat lockdown extended in THIS state amid surge in COVID-19 cases

Ghulam Nabi Azad praises PM Narendra Modi, says THIS about him at an event in Jammu

No one is talking about unemployment, farmers, says RJD leader Tejashwi Yadav

Feb spike of Covid-19 in several states: What we know about mutants, variants

Stress key reason for teachers to quit job before, during pandemic: Study

How to register on Co-Win: Ministry releases step-by-step guideline

BKU farmers announce series of Mahapanchayats in March, Rakesh Tikait to attend all

Congress is disintegrating across the country due to dynasticism: Amit Shah in Puducherry

Registration for COVID-19 vaccine on CoWin 2.0 portal to begin at 9 am tomorrow; all you need to know

When will Co-Win 2.0 be launched? How to register?

Keep tractors ready as you may have to reach Delhi anytime: Rakesh Tikait

67% health workers, 59% other frontline workers given Covid-19 vaccine in in J-K

'I appreciate him for...': Ghulam Nabi Azad goes all praise for PM Modi

FASTags, vaccine, banking transaction: List of rules to be effective in March

CBDT chairman PC Mody gets another extension till May 31

News updates from HT: Kejriwal says Centre can buy produce at MSP, shares formula and all the latest news

70-year-old woman murdered in her house in Kalyan, police hunt for clues

Congress 'war' room abuzz with activity as battle for 4 states, 1 UT draws near

Be warriors not worriers: PM Modi tells students set to appear in exams

'If you dare...': Rahul's latest challenge to PM Modi ahead of Mann Ki Baat

Rajasthan government to give employment to 153 extraordinary sportspersons

Amazonia-1, 18 co-passenger satellites onboard PSLV-C51 to be launched by ISRO today

People with THESE health conditions will get COVID-19 vaccine jabs on priority, check full list 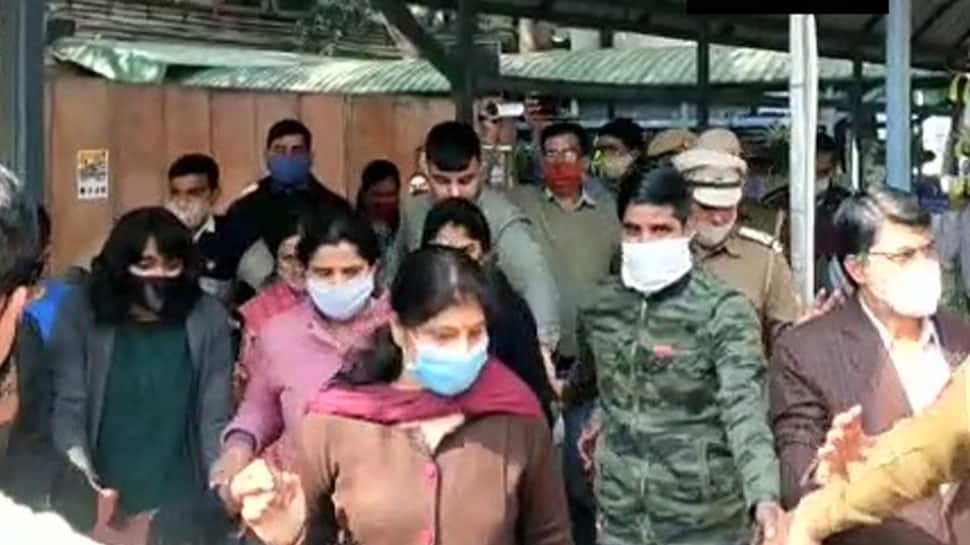 Earlier in the day, a city court granted bail to 22-year-old Ravi, terming the evidence produced by police as ‘scanty and sketchy’. Ravi had been arrested by the Delhi Police’s Cyber Cell from Bengaluru on February 13. The Cyber Cell had lodged an FIR against “pro-Khalistan” creators of the “toolkit” for waging a “social, cultural and economic war against the Government of India”.
Read More >>