Azam is currently in jail along with his wife Tanzeen Fatima and son Abdullah in a fake birth certificate case.

A court had sent them to judicial custody till March 2 in a fake birth certificate case after they surrendered before it on February 26. The case relates to two birth certificates for Abdullah Azam, who allegedly gave a wrong date of birth while filing his nomination papers for the assembly elections in 2017.

Abdullah’s election was set aside by the Allahabad High Court last December, and on March 5, the UP Legislative Assembly also disqualified him as a member and declared his seat Suar in Rampur as vacant.

A Rampur BJP leader Akash Saxena had lodged an FIR at Gang police station on January 3, 2019 alleging fraud related to Abdullah Azam’s two birth certificates. In April, police filed the charge sheet in court. It alleged that Azam Khan’s son also had two passports and two PAN cards. In one birth certificate, issued by the Rampur municipality, Abdullah’s birth date was mentioned as January 1, 1993. The other certificate said he was born in Lucknow on September 30, 1990, according to the charge against him.

A case was also registered against Azam Khan and his wife as they had submitted an affidavit testifying their son’s second birth certificate.

Azam Khan represents Rampur in the Lok Sabha and his wife is an MLA from the Rampur assembly seat. Their son Abdullah won from the Suar assembly segment in 2017.

In recent years, Azam Khan has also faced charges of encroachment of land around Rampur’s Mohammad Ali Jauhar University, where he is the chancellor.

On February 26, the Allahabad High Court had stayed the demolition of the boundary wall of the Mohammad Ali Jauhar University in Uttar Pradesh`s Rampur till March 31. The court was of the view that as the matter relates to an educational institution, therefore, some relief must be given till the filing of revision and subsequent decision on the petition filed before the SDM concerned.

Last week, the Rampur district administration had demolished a portion of the boundary wall of the Jauhar University, which was allegedly raised illegally on government land, to provide a passage to the farmers to their land on the university campus.

Meanwhile, in a related development, a local court in Rampur has ordered attachment of the properties of Azam Khan, his wife Tanzeen Fatima and son Abdullah Azam after non-bailable warrants were issued against them as they had not appeared in the court.

On February 23, the district administration of Rampur seized 104-bigha land inside the Mohammad Ali Jauhar University campus on the directions of revenue board court in Prayagraj. The revenue board court had found that rules were flouted in the purchase of plots of land from a group of Dalit farmers.

The administration also sealed a semi-constructed building inside the varsity campus over non-payment of taxes. One of the buildings of Mohammad Ali Jauhar University was seized after the Jauhar Trust failed to deposit a cess of Rs 1.37 crore for the construction of the varsity.

Under the Building And Other Construction Workers Regulation of Employment and Conditions of Service Act 1996, all buildings, above the cost of Rs 10 lakh, constructed in the state have to pay a cess of 1 per cent to the board that spends it on welfare measures for workers.

The university was established in 2006. Spread in over 500 acres, it is run by Maulana Mohammad Ali Jauhar Trust. 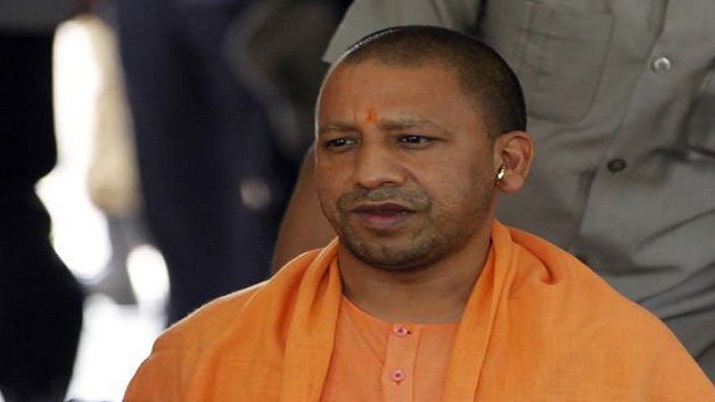 The Yogi Adityanath government has imposed a ban on the transfer of all officers and employees in Uttar Pradesh in view of the corona pandemic. A circular issued by Chief Secretary R. K. Tiwari, late on Tuesday night, said all transfers would remain banned till further orders. The circular said that only transfers due to unavoidable circumstances can be done with Chief Minister’s prior approval.

“But considering the Covid-19 pandemic, there will be a ban on all types of transfers of officers and employees during 2020-21,” the circular stated.

According to the circular, posts falling vacant due to death, medical emergency, promotion, resignation, suspension, etc., can be filled through transfers.

ALSO READ | UP: Yogi govt to set up new agency for investment, employment

New Delhi: Uttar Pradesh Chief Minister Yogi Adityanath on Tuesday hit back at Shiv Sena’s Sanjay Raut over his remarks on the murder of 2 priests in Bulandshahr. CMO Yogi Adityanath on their official Twiter account replied to Raut and said, “Don’t worry about UP and look over Maharashtra.” Yogi Adityanath Office’s account also wrote…

New Delhi: Uttar Pradesh Chief Minister Yogi Adityanath on Tuesday hit back at Shiv Sena’s Sanjay Raut over his remarks on the murder of 2 priests in Bulandshahr. CMO Yogi Adityanath on their official Twiter account replied to Raut and said, “Don’t worry about UP and look over Maharashtra.”

Yogi Adityanath Office’s account also wrote that under CM Yogi’s leadership, it is the rule of law that prevails in Uttar Pradesh, and people who break the law are strictly dealt with.”

CMO further added that the Bulandshahr incident was investigated quickly and the accused were arrested within a few hours.

CMO Yogi Adityanath also questioned Raut and asked him, “Showing concern over barbaric killings of saints seems politics to you?”

CMO added that UP CM Yogi had called Maharashtra CM Uddhav Thackeray because the saints killed in Palghar mob lynching were related to the Nirmohi Akhada.

Earlier, Shiv Sena’s Sanjay Raut condemned the Bulandshahr killing and tweeted, “Terrible! killing of two saints, sadhus at a temple in Bulandshahar,UP ,but I appeal to all concerned to not make it communal the way they tried to make palghar,maharashtra incidence.”

Terrible ! killing of two saints , sadhus at a temple in bulandshahar,UP ,but i appeal to all concerned to not make it communal the way they tried to make palghar,maharashtra incidence

On April 28 morning, two seers were found murdered inside a Shiva temple at Pagona village of Bulandshahr. The murder came to light when people reached the temple and saw the blood-soaked bodies. According to reports, the deceased have been identified as Jagandas (55), and Sevadas (35).

The priests were the resident of Anupshahr’s village Pagona and were serving in the temple for the past 10 years.

In a major relief to parents, Uttar Pradesh government on Monday (April 27) ordered all schools in the state to not raise the fees in due to the coronavirus COVID-19 outbreak.

In a major relief to parents, Uttar Pradesh government on Monday (April 27) ordered all schools in the state to not raise the fees in due to the coronavirus COVID-19 outbreak.

Special Secretary Rajesh Kumar issued an order in this regard saying the government has already declared coronavirus outbreak as a disaster, and to curb the spread of he pandemic, a nationwide lockdown has been announced which has badly affected the income of many parents across Uttar Pradesh.

“It is ordered to all the schools of all boards in the state that there will be no hike in school fees for the 2020-21 session or any other kind of hike in admission charges,” he said.

The Special Secretary added that the schools must follow the fee structure of 2019-20 session and if hiked fees has been collected by any school then the extra money must be adjusted in next month fee.

On April 17, Delhi government had prohibited all private schools in the national capital from hiking their fees and charging transportation fees from the students amid the COVID-19 lockdown period. The government also directed schools to charge fees only on a monthly basis and not quarterly.

“All private schools in Delhi are operated by trusts and their basic mandate is to serve the society. They cannot harass parents like this. The government has decided not to allow any private school to hike fees without taking prior approval from the government. The rule is applicable for all schools irrespective of the fact if the school is built on government or private land,” Delhi Education Minister Manish Sisodia had said.