Why Nandigram loss is good for Mamata, Bengal
Advertisement

16 Killed In Fire At Covid Hospital In Gujarat's Bharuch; Short-Circuit Could Be The Possible Reason

'I have just one request': Preity Zinta asks paps to follow Covid norms

Watch: Major fire breaks out at market in Mumbai's Kurla, no death reported

‘Missing jawan in our captivity,’ claim Maoists; set conditions for his release

West Bengal: Media persons allege they were pushed by security at polling booth in Hooghly

22 Jawans Martyred In Deadly Encounter With Naxals In Chattisgarh; 31 Injured And One Missing

Meet India’s first fencer to make it to the Olympics

HT Dialogues: Learning is a joint responsibility of schools and Parents

What More Restrictions Will BMC Plan In State Amid Covid surge In Maharashtra? | News Today

Why Does Mamata Need To Publicly Declare Her Brahmin Gotra? Is She Nervous?: Jayanto Ghoshal Answers

Why Is Mamata Banerjee Sending Out This Message To Opposition? Jayanto Ghoshal, Journalist Answers

News For Hearing Impaired With India Today | Top Headlines Of The Day | March 30, 2021

Rajnath Singh Hits Out At Kerala Govt, Says Decision To Probe ED Is Against The Federal Structure

Mamata Banerjee Vs Suvendu Adhikari: Both Leaders To Storm Nandigram For Poll Campaign

Bengal Polls 2021: TMC Vs BJP Allege Each Other Over Rigging In EVMs | India Today

30 Seats Go For Polls In West Bengal; How These Seats Voted In 2016 Assembly Elections?

Elections On My Plate| Here's Authentic Assamese Thali; How Is The World Of Chai Doing This Season?

Assam Election| Hindu-Muslim, Religion Or Is It About Development- Which Will Be The Narrative? 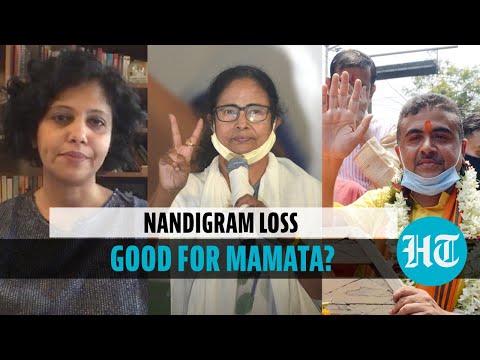 When Narendra Modi was the chief minister of Gujarat winning successive elections from 2002 to 2012, there was a buzzword that was credited with every win — “Gujarati Asmita or Gujarati Pride”. That same word has now emerged in Bengal, only this time, it is being cited by the Bharatiya Janata Party (BJP’s) rivals as the secret formula for their success. Trinamool Congress (TMC) successfully used a combination of Asmita, messaging about successful delivery of welfare schemes and a strategic campaign against anti-incumbency to defeat a formidable campaign launched by the BJP, according to party members and election strategists involved in the campaign. But what about her loss in Nandigram? While BJP is calling it the CM’s moral defeat, Sunetra argues in this opinion piece that it may be the factor that keeps the powerful chief minister now grounded. At a time when her supporters are pitching her as PM candidate against Modi, the loss in Nandigram is a reminder of the power of democracy- How each vote counters and how even the most powerful can be caught a lesson by voters.