Coronavirus Patient Fell Ill While on Vacation in Hawaii
Advertisement

Explained: Why researchers have developed the musical structure of COVID-19

The Key to Tracking Coronavirus Could Be Your Poo

Study: Pregnant women may have higher risk of complications due to COVID-19 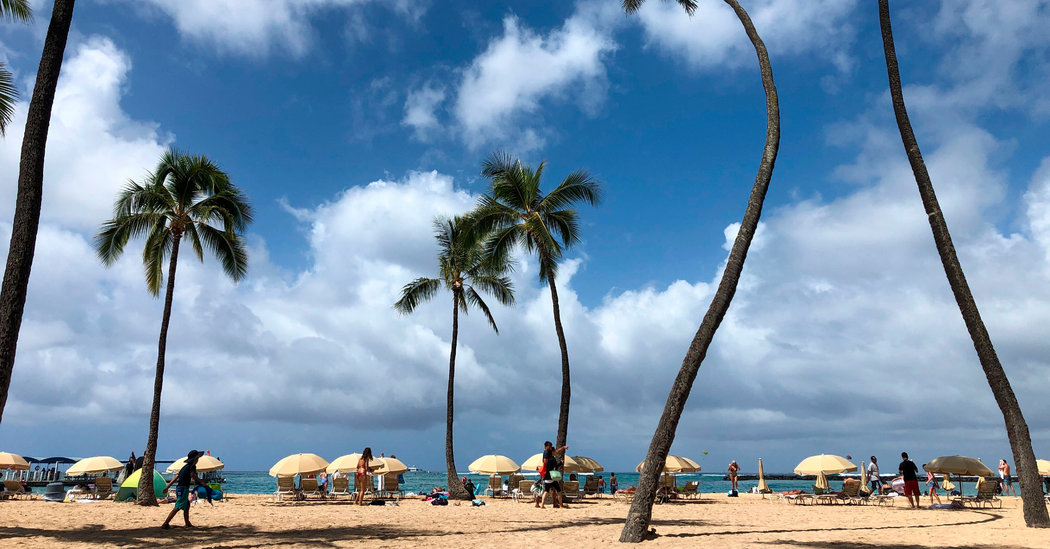 Coronavirus Patient Fell Ill While on Vacation in Hawaii

A man who grew ill while on a vacation in Hawaii has tested positive for the coronavirus, health officials in Hawaii said on Friday. The man, who is in his 60s, had returned to his home in Japan, where he received the diagnosis this week.

Word of the man’s infection, which followed a visit to Hawaii in late January and early February, raised concerns among health officials in Hawaii, who said they were working to track down people the man had met during his time there.

“All of the state agencies have been preparing for exactly this scenario, where someone visits the island and the virus is present,” Gov. David Ige said at a news conference. Mr. Ige said the situation was of serious concern, but that the state was prepared to deal with it.

The man, who was traveling with his wife, fell ill during the second week of his vacation in Hawaii. At the time, officials said, the couple were staying at a time-share in Honolulu, on the island of Oahu. Before that, the couple had been in Maui, but the man showed no symptoms while he was there.

The Centers for Disease Control and Prevention has said that while it may be possible to spread the virus before showing symptoms, it is much more likely to spread after symptoms begin.

Officials said that the man began showing symptoms of illness on Feb. 3, and wore a mask when he went outside the time-share, the Grand Waikikian by Hilton Grand Vacations, on Oahu. Representatives for Hilton did not immediately return a message seeking comment.

Several days later, on Feb. 7, the couple returned to Japan. A day later, the man visited a hospital after developing a fever, but he was not admitted, Japan’s health ministry said. He learned he had pneumonia two days later, but was again released from a hospital.

On Thursday, he was taken in an ambulance to a hospital for the third time, and Hawaii health officials learned on Friday morning that he had tested positive for the coronavirus.

Dr. Sarah Park, the state epidemiologist for the Hawaii Department of Health, said that the man was most likely infected either before he came to Hawaii or while he was on his way to Hawaii in late January. He did not have symptoms of the coronavirus while he was on Maui, officials said, and he wore a mask on the plane when he returned to Japan.

“I don’t believe the man was significantly infectious,” Lt. Gov. Josh Green, who is an emergency physician, said in an interview on Friday. “He could not transmit the virus, because he was not symptomatic at the time he was on the island.”

Still, he said, the authorities were contacting the management at the guest facilities where the man stayed, as well as those who were working there.

“The only way to do this right is to contact everyone,” he said. “We are not worried about minimal contact, but those who had extensive contact will be given whatever support is necessary.”

He said state health officials were focusing on anyone who might have been in contact with the man after Jan. 27.

The coronavirus, also known as Covid-19, has sickened more than 66,000 people worldwide, the vast majority in China, and killed at least 1,523 since the outbreak began in the city of Wuhan, China. In the United States, only 15 people have been infected, most of whom have mild symptoms.