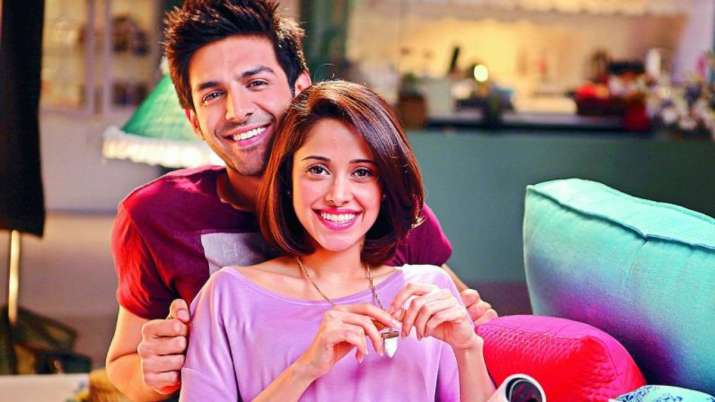 Will Kartik Aaryan, Nushrat Bharucha team up for Pyaar Ka Punchnama 3? Find out

Bollywood got two fresh faces in the form of Pyaar Ka Punchnama girl and boy Nushrat Bharucha and Kartik Aaryan who achieved first commercial success in the Bollywood industry. Later the two came together in Akaash Vani where their chemistry was loved and appreciated by everyone just to see them work again in Pyaar Ka Punchnama 2 and yet again in Sonu Ke Titu Ki Sweety in 2018 not together but against each other. They’ve become one of the most loved on-screen couples of the recent times that has made fans ask if they will work together in Pyaar Ka Punchnama 3.

After their last film which also featured Sunny Singh, Kartik and Nushrat have not featured together in any film and this is the reason why their fans are eagerly waiting for them to return on the big screen. Well, the question has now been answered by the actress herself. Nushrat, in a live interview with Pinkvilla during which she answered the same question and said, “I would love to do Pyaar Ka Punchnama 3 with Kartik as soon as we can. I think there is a time and place for everything. So when Pyaar Ka Punchnama 3 is destined to happen it will happen.”

She also spoke about her upcoming project which happens to be Chhalaang co-starring Rajkummar Rao. She said, “Doing a film – Chhalaang which was supposed to release in June and my full March was to be dedicated to the film but given the recent incidents happening in the country, I hope things get back on track by May or June and then we will figure it out.”

Directed by Hansal Mehta, Chhalaang is produced by Ajay Devgn, Luv Ranjan, Ankur Garg, and Bhushan Kumar. The movie was set to release on 12 June 2020 but has been postponed due to coronavirus breakdown in the country.

Talking about Kartik, he was last seen opposite Sara Ali Khan in Love Aaj Kal. He will next be seen with Kiara Advani in Bhool Bhulaiyaa 2 and with Janhvi Kapoor in Dostana 2.

Well for Kartik and Nushrat, we wish they once again come together for their fans!

Prasar Bharti in talks to re-telecast Ramayan and Mahabharat