Prasar Bharti in talks to re-telecast Ramayan and Mahabharat
Advertisement

How The Double Mars-Pluto Conjunctions Of April 1st Will Affect Your Relationships This Month (And Far Beyond!), According To Astrology 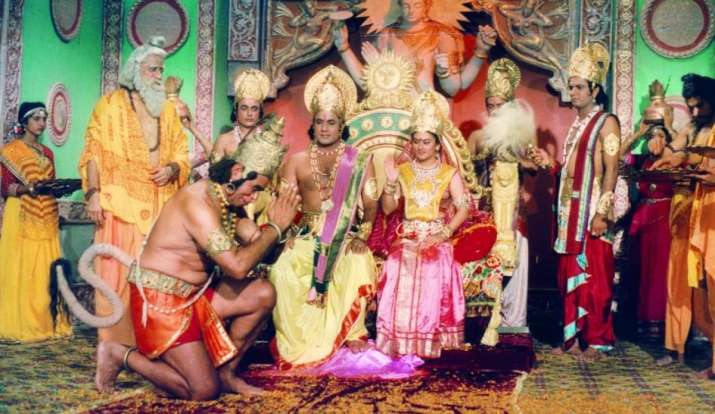 Prasar Bharti in talks to re-telecast Ramayan and Mahabharat

Prasar Bharti is in talks to work out a deal with the rights holders of the epic teleserial “Ramayan” and “Mahabharat”, to re-telecast these shows once again during the 21-day nationwide lockdown by popular demand. Prasar Bharati CEO Shashi Shekhar conveyed as much on Twitter in response to a tweet by a journalist. “Yes we are working on the same with the Rights Holders. Will update shortly. Stay tuned,” Shekhar wrote on his official Twitter handle, @shashidigital on Wednesday.

With India coming to a standstill owing to the national lockdown announced by Prime Minister Narendra Modi in the wake of the coronavirus outbreak, many on social media have written how these shows were hugely popular at one time. People also noted how life on Sunday mornings would come to a standstill when these serials were telecast on Doordarshan National.

“Dear @narendramodi ji @PrakashJavdekar ji Please consider asking DD, and advising other channels, to telecast Ramanand Sagar’s Ramayana and B R Chopra’s Mahabharata daily. Perhaps two episodes a day each. They acted as magnets in quarantining people back then. They still can,” a user tweeted.

Others said that these mythological shows would help reduce stress at a time when normal life had become paralysed owing to the lockdown.

Some suggested back-to-back telecast of the serials, to enable a binge-watching sort of mood.

Will Kartik Aaryan, Nushrat Bharucha team up for Pyaar Ka Punchnama 3? Find out