Transition is a way of life. Nothing remains static. The same is the case with the film industry. Over the century since it came into being, it has been acquiring new form and, to an extent, technology. The progression was gradual. And it was more out of advances related to new discoveries.

There was a film industry, which was a self-assumed, self-consolatory title by the filmmakers. Probably, it sort of gave them a feeling of belonging. Otherwise, this was not an industry by any means. It was one of the most unorganised businesses where some were drawn by sheer glamour and others by their creative urge. The mortality rate was high but nobody was mourned because the vacuum was filled immediately by new arrivals.

Let alone giving it the industry status, that fact was quite the contrary. The industry was the most susceptible to all the exploitations by the powers that be. It was a one-way traffic, as the government agencies milked the film trade on all fronts without aiding it financially or in any other way, ever.

Before getting into other changes that happened on the way for the film trade and the way films were made, it would be wiser to take a leap into the latest transition. The Government of India finally recognised filmmaking and the trade related to it as an Industry. That made filmmakers to procure finance as well as insurance for their films. The film trade was so disorganised that even after this, a few understood this recognition and started to use it to their advantage. That is to say, seek finance from landing institutions as well as insure their production activities and losses on the way.

This situation juxtaposed with the earlier way of raising finance from private moneylenders where producers borrowed at anything between three to four per cent per month! The institutional finance was much more reasonable even if with stringent terms and conditions. An organised production house stood to benefit. But, most production houses were not organised because the industry itself was not. From finance to insurance, just about everything was available but few were in a position to take advantage.

This opened up the gates for the corporate world to enter the film industry. They had no use for the retail shylocks. As against a usual producer of the industry, who managed with a staff of just about two to four, these corporate houses had a battery of executives to cope with insurance, bankrolling (if needed), PR and legal departments, you name it they had it all. But, this way of doing business was top-heavy and not viable. A lot of these corporate houses had to close shop soon. What they did while they stayed around was to change the way the filmmaking business was run.

Mumbai used to house hundreds of film production companies and, between them, they accounted for anything from 130 to 170 films a year — over 60 per cent of them with regular stars and providing family entertainment.

The earlier transitions were natural and things changed gradually with the tide. Say, for example, from a hand-cranked camera to battery-operated and from silent to talkie movies. Then, from black and white to colour. From Kodak, Fuji or ORWO colour to Technicolor and from 35mm flat format to 70mm and Panavision to finally settling for Cinemascope. And, not to forget the 3D format, which still has takers though it has had its intermittent breaks.

Now, we have the digital format. From nitrate-based film to now no film at all, this has been a great leap forward.

There was an era in the West when the makers and the audience sought spectacle, larger-than-life visuals and huge vistas. Some Indian makers tried to follow the trend and we had films like “Around The World” (1967) and “Sholay” (1975) in this format. Sadly, we did not have cinema halls equipped with 70mm facilities to screen this format.

If you look at the earlier modifications or changes like black and white to colour and silent to sound and so on, the cost factor is nominal to what they contributed in terms of revenue. The moviegoer welcomed these changes.

The prevailing changes are taking a high toll on the ultimate business at the box office. The equation between the triumvirate — the filmmaker, distributor and the exhibitor — who provided the outlet for these films to be taken to the consumers, has been destroyed.

The new way is called ‘programming’ which has no personal touch, no one-to-one equation between the maker, the provider and the retailer and, hence, the consumer. The problem with the new way of programming is that cinemas are booked without consideration to content or the target audience.

The release strategy now rests in numbers. As in, how many more screens can we book? Thanks to this way of working, screens are always available because few films sustain through their opening weekend, and screens are ready for another programme.

Is your film worth watching if it engages, say, 300 screens or is it worth viewing if it occupies 4500 screens? Long ago, when the Johny Come Lately kind of film marketers were booking 500 to 700 screens, the veteran distributor of Bombay Circuit, Ramesh Sippy, told me that I can book a cinema chain of 300 screens, which can bring as much or more returns than these new guys can do with 1500 screens. That is called strategic release.

This is no more a film industry, we are now the Entertainment Industry. It would seem that with this new way of doing business, the film industry itself would have found it hard to survive on the strength of box office returns alone. It is thanks to monies coming from other sources like OTT platforms, satellite and television, performing rights and such that filmmaking still remains viable.

* The “Baaghi” franchise is here again with Tiger Shroff in action. This one is rather ambitious as it goes international. Tiger needs to travel to Syria to rescue his brother, played by Riteish Deshmukh, from the hands of ISIS. It is just the formula to let Tiger loose and show his action prowess.

* The other release of the week, “Kaamyaab”, is something different — one with a human interest story. This is about a side actor of reasonable fame in his time, who is now down and out, and finding solace in alcohol. That is till he realises that he was just one film short of the 500-mark when he called it quits. He now wants to return and achieve the milestone. The film stars two of the best and most admired character artistes on the scene presently with a following of their own, Sanjay Mishra and Deepak Dobriyal.

* “Thappad”, a one-slap story that is stretched into a feature-length script, fails to work. The film remained below par from day one and collected Rs 14 crore in its first weekend. The slide thereafter has been steep as the film could add just another Rs 7 crore for the remaining four days, taking its first-week total to about Rs 21 crore.

* “Shubh Mangal Zyada Saavdhan” has collected about Rs 11 crore in its second week, taking its two-week tally to Rs 54 crore.

Ram Gopal Varma’s genre-bending gangster classic “Satya” turned 22 on Friday. Actor Manoj Bajpayee, who became popular playing Bhiku Mhatre in the film, took to social media to recall how the crime thriller changed his life. “And my life changed…! Can’t forget the 3rd July 1998 ..monsoon..it was declared a flop and how it turned… 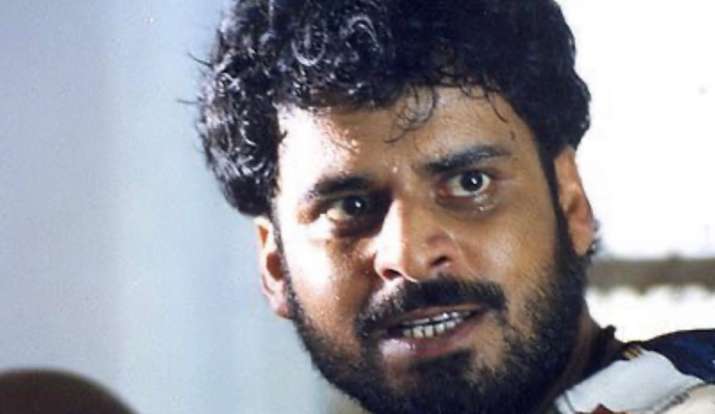 Ram Gopal Varma’s genre-bending gangster classic “Satya” turned 22 on Friday. Actor Manoj Bajpayee, who became popular playing Bhiku Mhatre in the film, took to social media to recall how the crime thriller changed his life. “And my life changed…! Can’t forget the 3rd July 1998 ..monsoon..it was declared a flop and how it turned out to be biggest hit ..ran for 25 weeks..! Satya!!! Edited by Apurva Asrani (19 years then). “Written by Anurag Kashyap (23 years then)and Saurabh shukla.”
Read More

A day after they announced Nepometer, an app deviced to gauge how “nepotostic” a film is, on Twitter, the late Sushant Singh Rajput’s brother-in-law Vishal Kirti has clarified that the app was not created with an intention to earn profit. Vishal Kirti took to Twitter on Friday to issue a clarification about the purpose of… 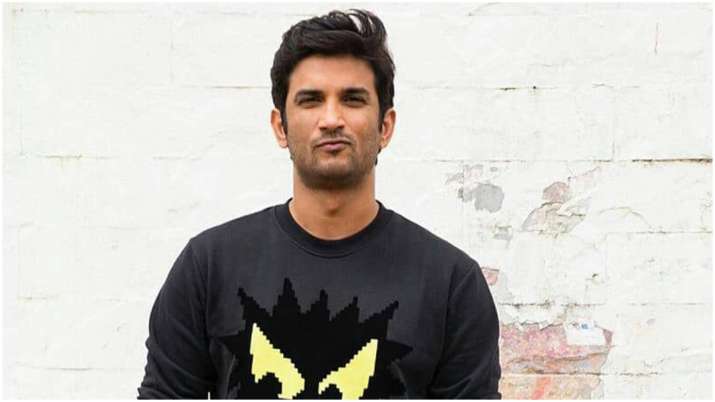 A day after they announced Nepometer, an app deviced to gauge how “nepotostic” a film is, on Twitter, the late Sushant Singh Rajput’s brother-in-law Vishal Kirti has clarified that the app was not created with an intention to earn profit. Vishal Kirti took to Twitter on Friday to issue a clarification about the purpose of the app, created by his brother Mayuresh Krishna.
Read More

Amitabh Bachchan’s mind is filled with “remorse and grief” after learning about the death of Saroj Khan He said that the veteran choreographer gave the Hindi film industry rhythm, style, grace of movement and the art of converting the lyrics in a song to meaning in dance. Big B took to Instagram, where he shared a… 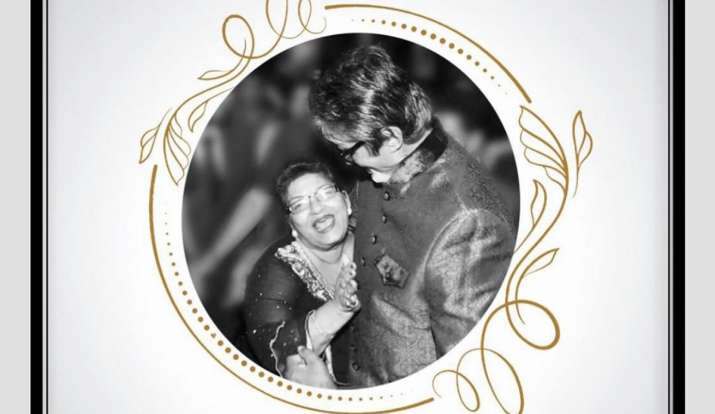 Amitabh Bachchan’s mind is filled with “remorse and grief” after learning about the death of Saroj Khan He said that the veteran choreographer gave the Hindi film industry rhythm, style, grace of movement and the art of converting the lyrics in a song to meaning in dance. Big B took to Instagram, where he shared a black and white photograph of Saroj Khan lovingly hugging the thespian.
Read More