No One Knew You Before Aamir's Dangal: Babita Phogat Slammed For 'Communalising' Nizamuddin Meet

Pankaj Tripathi watches sunset from his balcony, asks fans ‘Enjoy this time, we will fight and we will...

Will Koratala Meet the Deadline?.. 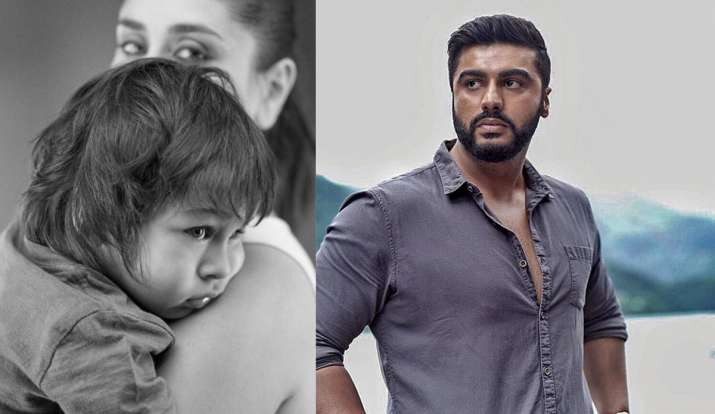 Arjun Kapoor lost his cool at a troll, who made derogatory comments on Kareena Kapoor’s Instagram picture with her son Taimur. Having made her Instagram debut recently, Kareena became a victim of social media trolls after she shared a monochrome picture with Taimur.

“The only one I will ever allow to steal my frame…” Kareena captioned the picture with red balloons and red heart emojis on March 7.

Arjun, who shared the screen with Kareena in rom-com Ki & Ka,  had also commented on the post, calling Taimur “The real nawab”.

However, Arjun didn’t ignore the derogatory comments on his remark. When some of the users abused Arjun and Kareena while commenting about Taimur, the actor shut them up and wrote, “Abey ******** Hindu ho ya Muslim kya farak padta hai… It doesn’t matter to him and his parents or anyone he knows toh tu kaun hai bey Hindu Muslim karne wala?”

Arjun too didn’t refrain from using abusive language to send across his message.

Upon his birth in 2017, Saif Ali Khan had said that Taimur will be free to follow any religion. “My wife and I will try that our son will be a wonderful ambassador of the country. He will be free to choose whatever religion he likes. I want him to be a liberal, open-minded and down-to-earth guy the way we are,” he had told Indian Express in an interview.