WASHINGTON — The U.S. Senate confirmed the nomination of Wally Adeyemo as deputy secretary of the Treasury on Thursday, making him the first Black American to hold the powerful job.

Adeyemo, 39, has struck a hardline tone on China, vowing to fight what he called Beijing’s “unfair economic practices” and hold China accountable to international rules.

Adeyemo will play a key role in shaping U.S. economic policy on issues ranging from financial regulation to relief for everyday Americans and U.S. sanctions on foreign governments.

A former senior adviser at asset manager BlackRock Inc and the child of Nigerian immigrants, Adeyemo served as a top national security and economic adviser to Democratic former President Barack Obama and held senior jobs at the Treasury.

Yellen said Adeyemo was also “a tireless advocate for the working class” who helped build the Consumer Financial Protection Bureau after the global financial crisis of 2008-2009.

“Those values – and that managerial experience – will be a tremendous asset to Treasury now as we continue implementing the American Rescue Plan,” Yellen said.

The Senate confirmed Adeyemo on a voice vote, a procedure used when there is little to no opposition. (Reporting by Andrea Shalal; Editing by Lisa Shumaker)

Top Stories Newsletter Sign up to receive the daily top stories from the Financial Post, a division of Postmedia Network Inc.

One of two Parliamentary investigations into sexual misconduct in the Canadian military is being shut down. The governing Liberals, with the support of the Bloc Quebecois, have called an end to defence committee hearings this week over the the objections of Conservatives and New Democrats. 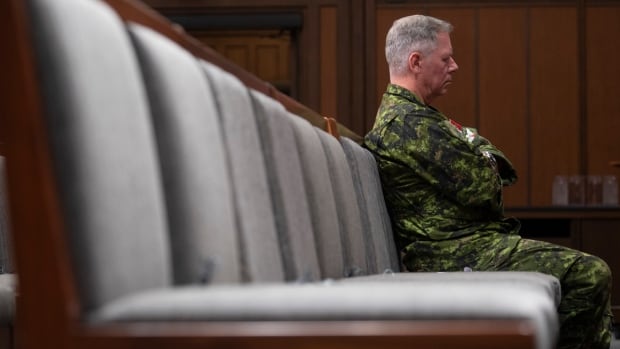 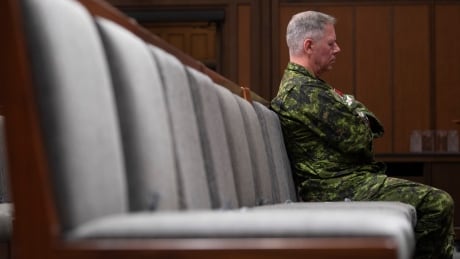 One of two Parliamentary investigations into sexual misconduct in the Canadian military is being shut down. The governing Liberals, with the support of the Bloc Quebecois, have called an end to defence committee hearings this week over the the objections of Conservatives and New Democrats.

Business owners in Old Montreal are surveying the damage after their storefronts were ransacked during a Sunday night anti-curfew protest that turned into a riot. 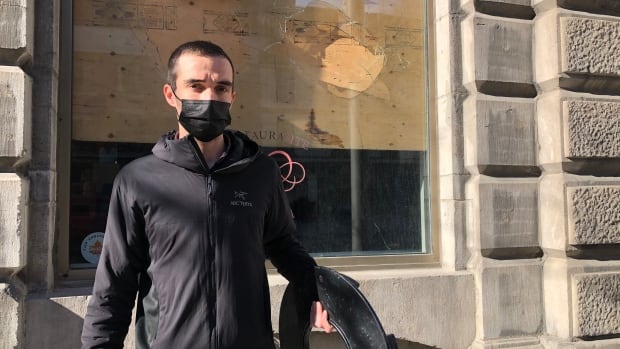 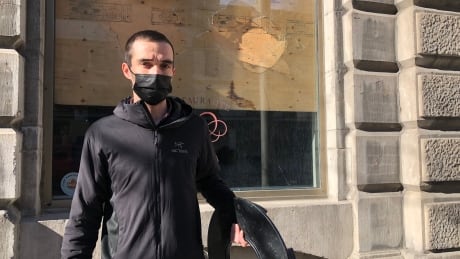 Business owners in Old Montreal are surveying the damage after their storefronts were ransacked during a Sunday night anti-curfew protest that turned into a riot.

Whatever we may think of modern monetary theory, its day in the sun has arrived

Deputy Prime Minister and Minister of Finance Chrystia Freeland listens to a question from a reporter on the phone during a news conference in Ottawa on Nov. 30, 2020. Adrian Wyld/The Canadian Press Last fall, as Chrystia Freeland began laying the groundwork for a postpandemic recovery strategy that would heap more debt onto the federal… 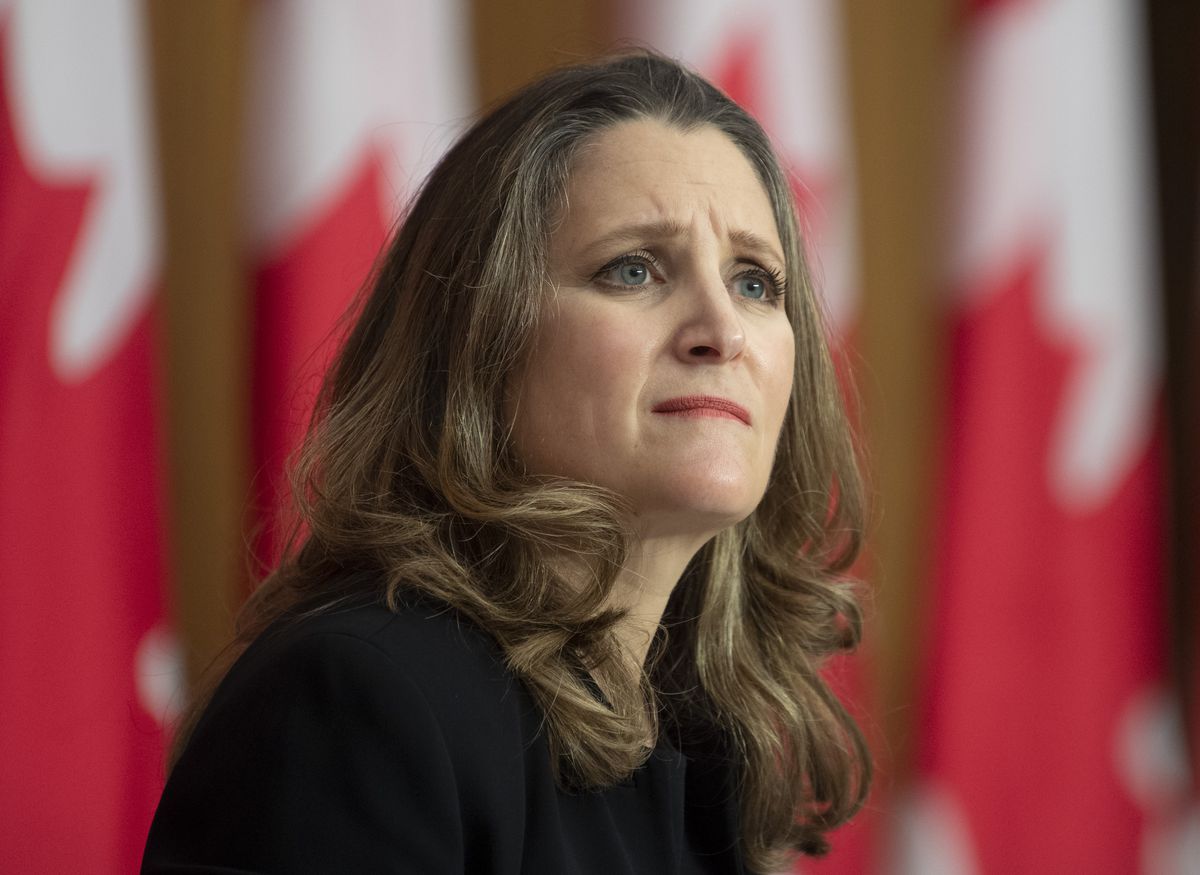 Deputy Prime Minister and Minister of Finance Chrystia Freeland listens to a question from a reporter on the phone during a news conference in Ottawa on Nov. 30, 2020.

Last fall, as Chrystia Freeland began laying the groundwork for a postpandemic recovery strategy that would heap more debt onto the federal government’s already immense pile, she felt obliged to assure Canadians that, no, she hasn’t invited a three-initialled economic bogeyman to live under our bed.

“While advocating expansive fiscal policy to battle COVID-19 – and to grow our way out of the coronavirus recession – I am not among those who think Canada should have a fling with modern monetary theory,” the Deputy Prime Minister and Finance Minister said in a key policy speech in late October.

That Ms. Freeland even mentioned modern monetary theory, or MMT, is testament to how the controversial economic theory doesn’t look so theoretical anymore. Whether you fear MMT as reckless economic folly or embrace it as a path to the kind of compassionate and generous government that we never thought we could afford, its day in the sun has arrived.

In a nutshell, MMT argues government spending isn’t constrained by its revenues; that governments can and should run larger deficits as long as inflation is under control; and that central banks can create as much of their own currency as needed to service the government’s spending. As Ms. Freeland and her colleagues prepare their first budget since the COVID-19 pandemic began, we’re already in the midst of a live test of MMT, forced upon us by the crisis.

Canada arrives at this budget with an estimated deficit of $363-billion for the past year ended March 31 – nearly 10 times the budget shortfall of a year earlier. Relative to the size of the Canadian economy, it’s the biggest one-year bath of red ink since the Second World War. The Parliamentary Budget Officer recently projected another $121-billion deficit – and that’s without the government’s promised recovery stimulus package, which could tack on as much as $30-billion this year.

At the same time, the Bank of Canada has bought $250-billion of federal government bonds over the past year, and has vowed to keep buying well into the postpandemic recovery. While the bank’s goals were to stabilize financial markets and help stimulate the economy, it has effectively enabled the government’s massive new spending by buying the debt and keeping the government’s borrowing costs low.

This de facto test of MMT is hardly limited to Canada. Last spring, governments around the world had no choice but to throw open their fiscal floodgates in response to the pandemic and its massive economic impact, and central banks had no choice but to effectively create vast sums of new money. The International Monetary Fund calculated that during the first eight months of the crisis, governments globally spent about US$12-trillion, and central banks injected about US$7.5-trillion, to help keep the financial system functioning and the economic wheels turning.

The pandemic demonstrated that, at least over the relatively short term, governments actually can spend as much as they deem appropriate, and they can create the money to do so almost instantly. Central banks, as the agents that issue debt and create currency on behalf of those governments, can do both as much as is necessary. MMT had been launched into the public conversation.

“In that moment, a lot of people’s fundamental beliefs about the limits to what governments can do just sort of fell away,” said U.S. economist Stephanie Kelton, whose book The Deficit Myth: Modern Monetary Theory and the Birth of the People’s Economy became an instant bestseller last summer. “People are increasingly prepared to rethink their own beliefs and understandings about a lot of these questions.”

Some leading progressives – most famously, New York congresswoman Alexandria Ocasio-Cortez – see MMT as a game-changing faucet through which massive increases in funding for health care, education and green infrastructure can flow. Opponents – including most mainstream economists – counter that MMT presents a dangerously naive fantasy world of consequence-free debt that would send governments down a path to runaway inflation and financial disaster.

Canadian economic policy-makers place themselves in the latter camp, despite their flood of fiscal and monetary policy expansion over the past year. They insist that their emergency measures bear only a coincidental resemblance to MMT – and they plan to keep it that way.

“Our fiscally expansive approach to fighting the coronavirus cannot and will not be infinite. It is limited and temporary,” Ms. Freeland said in her October speech.

“When you look at MMT, there’s really no evidence in history that it’s worked,” Bank of Canada Governor Tiff Macklem said during a speaking engagement last September. “In fact, when monetary policy has been directed to supporting government deficits and underwriting the government, it has ended badly.”

For traditionalists, many elements of MMT sound like the policies of tin-pot dictators whose ignorance of basic economics has led to absurd hyperinflation and financial collapse. Pay for bottomless deficits by printing money? No sophisticated economy would dream of such lunacy.

“We’re describing the mechanics of government finance – how it all works. This decade, next decade, last decade. In that sense, MMT has been at work for a long, long time,” she said.

MMT advocates maintain that the only true constraint to fiscal expansion is inflation – the same thing that has long been accepted as the anchor for central bank monetary policy. They argue governments will know to turn down the spending tap when they see rising inflationary pressures, just as central banks have used inflation to tell them when to tighten interest rates and cool the economy before it overheats.

That element of modern monetary theory gives rise to perhaps its most radical feature: It places the levers for managing the business cycle in the hands of the fiscal authorities, while diminishing the role of monetary policy in managing the economy. MMT’s true believers envisage governments using their spending and taxation powers to steer toward stable inflation and full employment. Central bankers are left as, well, the government’s bankers – issuing debt and currency required to meet the fiscal demands, essentially passive enablers of fiscal policy.

It’s quite a role reversal. Central banks have long been charged with using interest rates to manage the peaks and valleys of the business cycle. Governments have expanded or reduced spending and deficits with little regard to the impact on inflationary pressures.

A key concern among critics is that governments are ill-suited to that sort of economic fine-tuning. That’s evident in the recent inflation fears, as economists fret that oversized and hard-to-reverse spending commitments – the US$1.9-trillion United States stimulus package, the soon-to-be unveiled Canadian plan – could overheat the recovery.

“A challenge for proponents of MMT is to make a credible argument that using fiscal policy … is a more robust tool than monetary policy to minimize the difference between actual and expected inflation,” said Steven Globerman, resident scholar and Addington Chair in Measurement at the Fraser Institute, in a paper published by the Vancouver-based think tank last spring.

“Since tax rates are set in a highly politicized arena, whereas central banks are at least nominally independent of political control, one’s intuition might lead to a conclusion that actual inflation is likely to become more variable and less predictable if MMT is implemented, with consequent damage to economic efficiency.”

But part of MMT’s appeal reflects a public sense that central banks haven’t been doing such a great job themselves.

“People increasingly are saying monetary policy was a blunt instrument, we relied on it for too many decades, it doesn’t really work. It can’t lay the foundations for a stable, robust economic recovery,” Dr. Kelton said. “Monetary policy works by driving people into debt. … People are getting to the point where they say, ‘That’s a bad way to steer economic policy.’”

There is certainly an argument that government has been too tight-fisted for too long, while neglecting investments in infrastructure, social programs and economic development. If monetary policy hasn’t been an entirely satisfactory answer to stable and equitable economic well-being, neither has a generation of fiscal restraint.

“The paper-debt-accumulation deficit is only one of the [deficits] we have, and not the most consequential,” Harvard University economist Lawrence Summers said in a Peterson Institute online event last December. He argued the compounding economic cost of, say, not repairing aging public infrastructure, far outweighs the interest cost of borrowing today to invest in those repairs.

Your time is valuable. Have the Top Business Headlines newsletter conveniently delivered to your inbox in the morning or evening. Sign up today.