Kyrie Irving had 34 points with 12 assists and Kevin Durant scored 33 points after a brief time away as the Brooklyn Nets earned a 128-119 victory over the visiting Phoenix Suns on Sunday in a showdown between two of the top teams in the NBA.

Blake Griffin scored 16 points, as the Nets backed up their standing as the top team in the Eastern Conference.

Devin Booker scored 36 for Phoenix while Deandre Ayton scored 20 with 13 rebounds as the Suns dropped consecutive games for the first time since January. Phoenix, which entered as the No. 2 team in the Western Conference, is 2-2 on a five-game East Coast trip with a final game at the New York Knicks Monday.

Durant, who entered as a substitute with eight minutes remaining in the first half, showed little rust after missing the last three games with a thigh contusion. He was 12 of 21 from the field in 28 minutes of action.

Bogdan Bogdanovic matched his season high with 32 points and Lou Williams scored all of his 15 points in the fourth quarter to spark Atlanta to a come-from-behind win over visiting Milwaukee.

Bogdanovic and Williams each had three treys during a 19-6 fourth-quarter run that allowed Atlanta to snap its six-game losing streak against Milwaukee. The Hawks were playing without leading scorer Trae Young for the second straight night with a left ankle sprain.

Milwaukee got 31 points, 14 rebounds and two blocks from Giannis Antetokounmpo and 23 points from Khris Middleton.

P.J. Washington had 22 points and 12 rebounds, Terry Rozier tallied 21 points and 11 assists, and Miles Bridges had 20 points. Each of the team’s top four scorers made at least four 3-point shots, topped by Graham with six and Rozier with five.

The Hornets have won consecutive games following losses in six of seven games. Boston’s spring surge has stalled with losses in three of its past four games.

Draymond Green assisted on a go-ahead hoop by Kelly Oubre Jr. with 1:42 to play and then followed in a Stephen Curry miss 34 seconds later, helping Golden State outfinish visiting Sacramento.

A second straight win pushed Golden State over .500 in its pursuit of a playoff spot in the Western Conference and gave the Warriors a 2-1 season-series victory over their Northern California rival.

Oubre chipped in with 19 points and Andrew Wiggins 13 for the Warriors. Buddy Hield had a team-high 25 points, and Tyrese Haliburton had 24 to go with a team-high eight assists for the Kings, who lost for the 11th time in their last 13 games.

Dillon Brooks scored 17 of his 18 points in the second half, including eight over a critical late-game run, to lead Memphis to a defeat of host Portland.

Morant led all scorers with 28 points as the Grizzlies swept a back-to-back with Portland.

CJ McCollum scored 27 points for Portland while Lillard added 23 and Norman Powell had 17. Jusuf Nurkic grabbed a season-high 19 rebounds to go with 16 points for Portland. The loss was the Trail Blazers’ fifth straight and ninth in the past 11 contests.

The Wizards, who trailed by eight early in the fourth quarter, closed the game with an 11-2 run. Russell Westbrook had 14 points and 11 assists, and Robin Lopez and Raul Neto scored 14 points each for Washington.

Darius Garland scored 28 points and Jarrett Allen added a career-high 27 points and 12 rebounds for the Cavaliers, who were without guard Collin Sexton (concussion). Cleveland has lost five of six.

Malcolm Brogdon collected 24 points, nine assists and eight rebounds to lift visiting Indiana over Orlando, sending the Magic to its fifth straight loss and 11th in the last 12 games.

Brogdon made 10 of 17 shots from the floor for the Pacers, who have won three in a row overall and completed a season sweep of Orlando for the fifth time in the last seven campaigns. Edmond Sumner scored 21 points and Justin Holiday had 20 off the bench. Holiday made 6 of 8 shots from beyond the arc.

Indiana overcame the absence of All-Star forward Domantas Sabonis (back) and Myles Turner (foot). Dwayne Bacon scored 20 points for the Magic, who saw Devin Cannady sustain an open fracture of his right ankle after landing awkwardly while contesting a layup by Sumner with 3:09 remaining in the first quarter.

Posted Newsletter Sign up to receive the daily top stories from the National Post, a division of Postmedia Network Inc.

Victims and advocates say a new system for reporting sexual abuse and cover-ups by Catholic bishops appears to be a case of “optics over substance” and may not go far enough to protect those at risk of being abused. 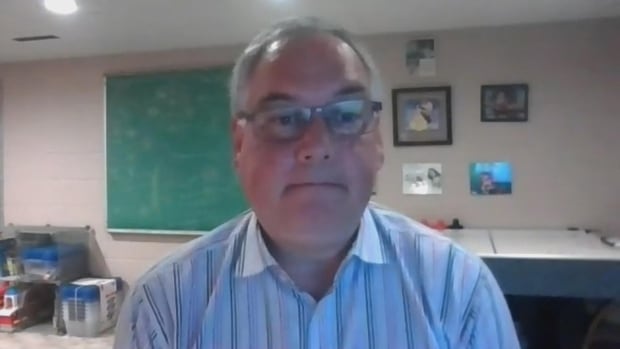 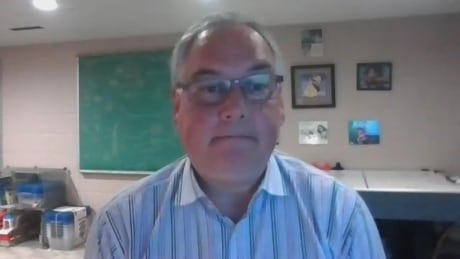 Victims and advocates say a new system for reporting sexual abuse and cover-ups by Catholic bishops appears to be a case of “optics over substance” and may not go far enough to protect those at risk of being abused.

As India grapples with a deadly surge in COVID-19 cases, many South Asians in the Toronto area are rallying together to help. 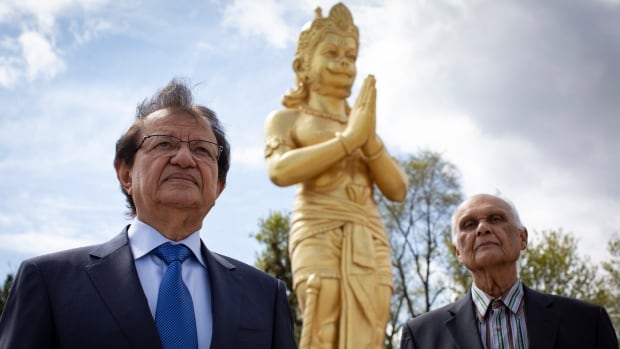 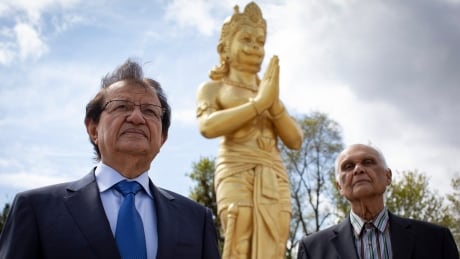 As India grapples with a deadly surge in COVID-19 cases, many South Asians in the Toronto area are rallying together to help.

Kahun back with McDavid: When it comes to the forward line blender, Tippett slices and dices with the best of them

Author of the article: David Staples  •  Edmonton Journal Edmonton Oilers Connor McDavid (97) gets knocked off the puck by Vancouver Canucks Quinn Hughes (43) during NHL action at Rogers Place in Edmonton, May 6, 2021. Photo by Ed Kaiser /Postmedia This in from the Edmonton Oilers, new line combinations, with the DYNamite Line of…

Edmonton Oilers Connor McDavid (97) gets knocked off the puck by Vancouver Canucks Quinn Hughes (43) during NHL action at Rogers Place in Edmonton, May 6, 2021. Photo by Ed Kaiser /Postmedia This in from the Edmonton Oilers, new line combinations, with the DYNamite Line of Leon Draisaitl, Kailer Yamamoto and Ryan Nugent-Hopkins reunited, William Lagesson paired with Adam Larsson, and Dominik Kahun on the same line as Connor McDavid and Jesse Puljujarvi.

Oilers line combinations, on-ice numbers 5X5, from Natural Stat Trick My take 1.  When it comes to blendering up the forward lines, Edmonton Oilers coach Dave Tippett is now slicing and dicing with the best of them. Of course, this is garbage time for the Oilers’ season where they’re unlikely to move up or down the standings. They’re playing out the string until the playoffs, striving to remain both healthy but also sharp and competitive at the same time. They’re playing what amounts to Exhibition games-plus. It’s a good time to experiment with forward lines and Tippett is taking advantage of that fact, changing up the lines every few games.

2. It’s hard to judge each line over a short amount of time but that’s all Tippett has to go on at this point, these small amounts of time each trio has been together. What we see is that this year the most productive line has been Connor McDavid, Leon Draisaitl and Kailer Yamamoto, which in 134 minutes together has scored 12 goals and given up just two. That’s out-of-this-world production, even better than what we saw from the DYNamite Line last year, when RNH, Draisaitl and Yamamoto scored 30 goals and gave up just nine.

3. The problem with the Oil’s most successful line is that it sees McDavid and Draisaitl combining well, but it’s likely that success in the playoffs will be predicated on having McDavid and Draisaitl leading their own lines, delivering that kind of one-two punch. Tippett has searched for an effective second line this year. He found it last year with the DYNamites, but that same line hasn’t done so well together so far this year, with three goals for and five against in 81 minutes. But, again, that’s a small sample size, and some of those minutes came when RNH was just back from a concussion. It’s a shrewd move to go back to the line now to see if it can again function at a high level.

4. I also like the line of McDavid, Puljujarvi and Kahun, a trio which has had some success in the smallest of samples, with three goals for and just one against in 35 minutes. Kahun loves to pass the puck and Puljujarvi is progressing as a shooter and passer. Both are solid enough defensively. I also like the line because it puts Puljujarvi in a more prominent spot, becoming the primary sniper. I have high hopes for this line.

5. In recent games, Tippett tried out Kahun, RNH and Yamamoto. They played together 58 minutes and worked some tricky passing plays but didn’t score much, just one goal, while giving up two. The line did have some good moments against the Canucks, but I doubt that a trio of three smaller players will have much success in the heavy slogging of the playoffs.

6. It’s not a great bargaining point for RNH that each of the three top lines he’s been on here haven’t done so well.  But perhaps he can turn that around now with Drai and Yamo.

A pumpjack works at a well head on an oil and gas installation near Cremona. Photo by Jeff McIntosh /The Canadian Press, file At the Cult LEAVINS: Player grades in loss to Canucks

McCURDY: 3 key reasons why the Oilers have climbed the standings

STAPLES: Why the Oilers are a solid playoff pick

LEAVINS: Oilers clinch a playoff spot with win over Canucks