BATON ROUGE, La. – Louisiana voters will decide Saturday which Democratic state senator from New Orleans gets promoted to Congress, ending an acrimonious clash between two legislative colleagues who have both sought the U.S. House seat in previous elections.

BATON ROUGE, La. – Louisiana voters will decide Saturday which Democratic state senator from New Orleans gets promoted to Congress, ending an acrimonious clash between two legislative colleagues who have both sought the U.S. House seat in previous elections.

Troy Carter and Karen Carter Peterson have traded accusations of desperate campaign attacks and lies in a runoff competition where the two candidates have only modest policy differences to distinguish them.

The race for Louisiana’s only Democratically held seat in Congress has centred mainly on personality, but outside groups see the competition between the two Black contenders more broadly as a fight between the competing wings of the Democratic Party. Carter is aligned with the more moderate side of the party, while Peterson has planted herself firmly in the progressive camp, with their endorsements reflecting that divide.

The 2nd District seat — representing a majority-Black district centred in New Orleans and extending up the Mississippi River into Baton Rouge — is open because Cedric Richmond left the position shortly after he won last year’s election to work as a special adviser to President Joe Biden. Richmond endorsed Carter, a former New Orleans City Council member, in the race.

If Peterson wins the election, the former chair of Louisiana’s Democratic Party will become the state’s first Black woman elected to Congress.

Carter and Peterson reached Saturday’s runoff after they emerged as the top vote-getters among 15 candidates in the March primary. Carter raised more campaign cash in the competition.

The two state senators differed more in style than substance, though Peterson positioned herself as the more liberal candidate. In one runoff debate, Peterson described herself as “bold and progressive” and willing to “shake things up to get things done.”

Carter is known more for his ability and willingness to work across party lines, while Peterson is more overtly partisan in her approach. She suggested Carter cozied up to Republicans to boost his campaign, while he said Peterson’s dogmatic approach damaged her ability to pass legislation.

“In order to get things done, they need to send someone to Washington who can build bridges, not walls, that can establish relationships that mean something, not kick rocks because you don’t get your way, not spew lies because you’re losing,” Carter said in a debate. “Listen, I’ve demonstrated a willingness to work with people.”

Both candidates backed an increase in the minimum wage, the legalization of recreational marijuana and abortion rights. They supported changes in how police agencies and public safety are funded and approached, though Peterson went further saying she backed a “complete restructuring.”

“This system wasn’t built to protect Black and brown people,” she said. “We can’t just reform the police. We need to reimagine public safety.”

Both Carter and Peterson said they support the idea of “Medicare for All.” But while Peterson fully embraced shifting to a government-run, single-payer plan, Carter said he’d like people to have the option of retaining employer-financed coverage.

Across the campaign, they traded accusations.

Carter hit Peterson on her many missed votes in the Louisiana Senate.

Peterson slammed campaign donations Carter received from people and entities tied to the oil and gas industry. She made support of “environmental justice” for poor communities facing greater health risks from pollution one of the cornerstones of her campaign.

Carter hammered Peterson for suggesting she helped establish Louisiana’s Medicaid expansion program, which was started by Gov. John Bel Edwards and required no legislation. He noted that when she was head of the Democratic Party, she discouraged Edwards from running for governor.

They each touted high-profile endorsements.

In addition to Richmond’s endorsement, Carter had backing from No. 3 House Democratic leader James Clyburn of South Carolina, New Orleans District Attorney Jason Williams and every Black member of the state Senate besides Peterson.

Fire Just So Good, You Guys Fire bad? Oh no, friends. No it turns out, based on some brand new intel, that fire… good. Yes, Fire: Ungh’s Quest follows one intrepid Neanderthal on his harrowing quest to unlock the secret of fire. He might be kind of a moron, but that will be no impediment… 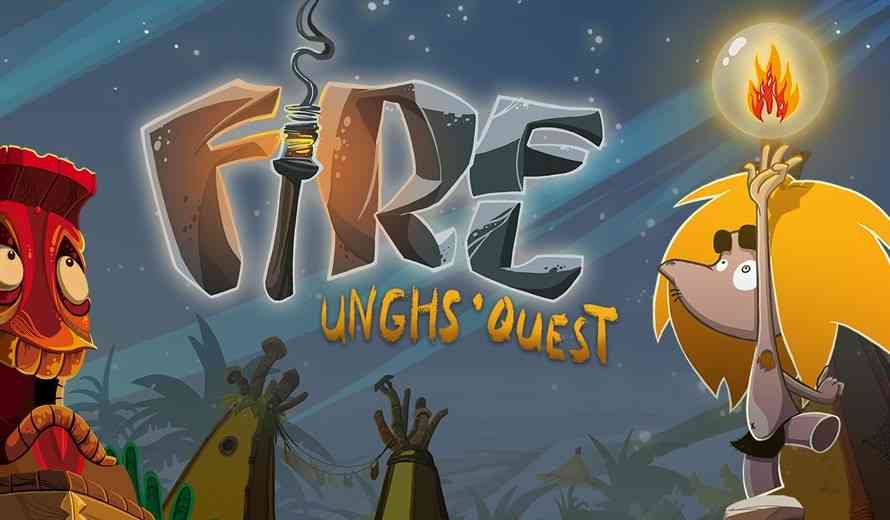 Fire Just So Good, You Guys
Fire bad? Oh no, friends. No it turns out, based on some brand new intel, that fire… good. Yes, Fire: Ungh’s Quest follows one intrepid Neanderthal on his harrowing quest to unlock the secret of fire. He might be kind of a moron, but that will be no impediment to either his enthusiasm or his determination.

You play as the aforementioned Ungh, travelling to exotic locales and solving clever puzzles. There’s no dialogue or text, because it hasn’t been invented yet. Even so, the instructions will be crystal clear. Even a caveman could do it! Hopefully he will, lest he freeze to death, or suffer a lifetime of uncooked meat.

Originally released on Steam way back in 2015, Ungh’s Quest is now on the Nintendo Switch. Like all good indie games, this Neanderthal narrative was always destined to launch on the Nintendo’s hybrid console. Bolstered by the cosmic chorus of “Switch port when?”, Every game in existence will eventually make this same pilgrimage. Curious players have zero time to wait for this one, as Fire: Ungh’s Quest is launching today. That’s so soon! Feel free to check out the launch trailer embedded below.

Amazon’s New World is Your Next Grand Adventure

New World Preview Last week, a select group of journalists and influencers from around the world got the opportunity to go hands-on with Amazon Games brand new open-world MMO, New World. For this particular event, we were given a glimpse at one particular aspect of the game, Expeditions. Expeditions are 5-player events where players will… 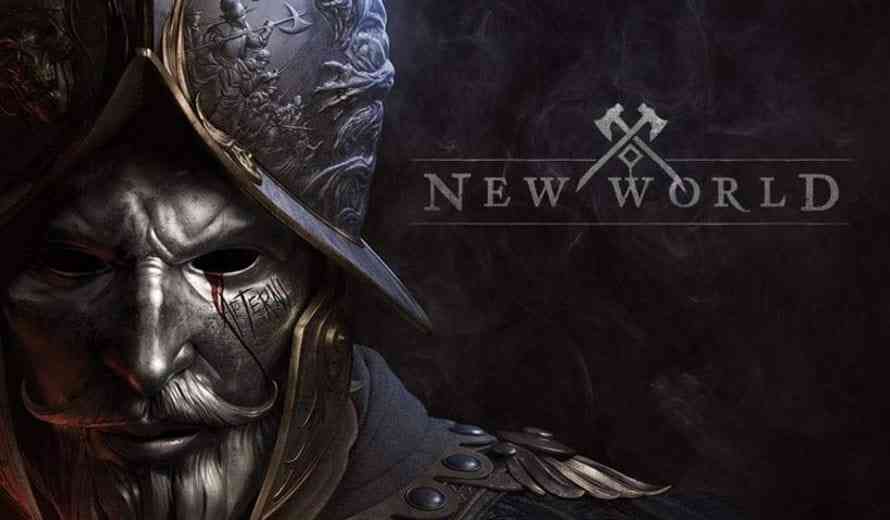 New World Preview
Last week, a select group of journalists and influencers from around the world got the opportunity to go hands-on with Amazon Games brand new open-world MMO, New World. For this particular event, we were given a glimpse at one particular aspect of the game, Expeditions. Expeditions are 5-player events where players will test their abilities in a story-driven area filled with monsters, treasure and lore. The Expedition we participated in was the Amrine Excavation, an ancient, underground dig-site.

Before we dive into our Expedition, let’s take a step back and review this upcoming title. New World takes place in the 17th century, on the fictional island of Aeternum. At the beginning of New World, you will begin with nothing. No allies, no supplies, nothing. You’ll need to explore this world and find the tools needed to survive. Magic is a critical component to Aeternum and will be one of the keys to your success. As your character levels up, you’ll eventually be able to team up with other adventurers and tackle Expeditions, our focus for today’s preview.

Stunning Visuals
The most apparent detail you’ll notice when watching the gameplay is just how beautiful the Amrine Excavation is. Ancient ruins are lit by beautiful, glowing torches and the occasional ceiling crack. A hazy dust hovers throughout the caverns creating a spooky ambiance. Throughout the Expedition, you’ll come across documents containing Lore – perfect for those who really want to engross themselves in the backstory of Aeternum. As you dive deeper into the caves, you’ll notice massive statues erected by past civilizations.

This particular Expedition only had a few different enemy types, ranging from zombie-like scavengers, eerie geists, bat-like derangers, and ravagers. Each of these enemy types had a very unique and distinct look to them. The geists glowed and could be seen clearly from a distance. The ravagers were these massive, hulking creatures that towered over players. Combat is a combination of hack and slash sword play combined with magical abilities. It’s pretty standard fare for MMO’s, so if that’s the kind of gameplay you enjoy, you’ll feel right at home here.

If you die during your Expedition, the penalty isn’t too bad. As you progress through the Expedition, you’ll come across plenty of shrines that act as checkpoints. This particular Expedition ended with a boss fight which was essentially a buffed-up version of one of the standard enemy types. Admittedly, this was a bit anti-climatic and disappointing. Unique boss fights are always more enjoyable and hopefully, we’ll see more variety in the full game.

Needs More Interactivity
Another aspect of New World that left me disappointed was just how static the world seemed. For example, when your characters don’t actually open treasure chests, they just sort of hover their hands over the treasure chest and then receive the loot – it’s kind of silly looking. I personally prefer the sense of excitement and anticipation I get from opening chests in a game series like Legend of Zelda. The Expedition was also filled with all manner of tents, wooden boxes, and more, but nothing is destructible. Adding destructive elements to the world might help create a greater sense of realism.

New World is set to launch in August 2021, with a closed beta beginning on July 20th. Unfortunately, it looks like you’ll need to pre-order New World to access the closed beta.

Thank you for keeping it locked on COGconnected.

For amazing videos, head over to our YouTube page HERE.
Follow us on Twitter HERE.
Our Facebook page HERE.
Our Instagram page HERE.
Listen to our podcast on Spotify or anywhere you listen to podcasts.
If you are a fan of cosplay, check out more of our cosplay features HERE.

New Pokémon Snap Video Review Rewind the clock by 22 years and drift back to 1999 where the original first-person photography game, Pokémon Snap, was released for the N64. Now, over two decades later, and with the popularity of the franchise not waning even a fraction, Nintendo has just released the sequel to such a… 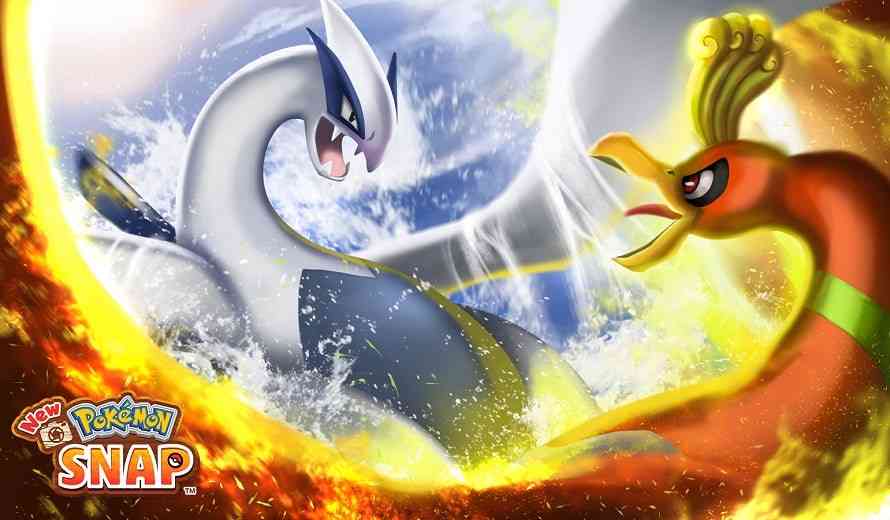 New Pokémon Snap Video Review
Rewind the clock by 22 years and drift back to 1999 where the original first-person photography game, Pokémon Snap, was released for the N64. Now, over two decades later, and with the popularity of the franchise not waning even a fraction, Nintendo has just released the sequel to such a nostalgic title with New Pokémon Snap.

With new fans and original fans alike, New Pokémon Snap promises to be a bigger and more robust experience. After all, over the last couple of decades there have been hundreds and hundreds of new additions. Which, of course, means there are even more exciting Pokémon to get the best pictures of. So what exactly do we think about the game? You can find out in our Pokémon Snap video review below.

Okay, so maybe it’s a little more geared towards the kids, what with the repetition and all but hey it’s definitely still a super fun time. And what’s even better is that playing in the recommended short bursts (for adults anyway) means that it’s the perfect title for those short car rides with friends or bus rides to work. Here’s a brief snippet from our review, “New Pokémon Snap takes everything the original game did right and only adds onto the original, successful formula. It is beautiful and relaxing while being frantic and fun. There is an almost overload of things to see and do on each stage with plenty of challenges to complete.”

Pokémon Snap dropped on April 30th exclusively for Nintendo Switch. Have you joined in the photography yet? What do you think about it so far? Let us know in the comments below or on Facebook or Twitter, and don’t forget to subscribe to us on YouTube for more great video game content.