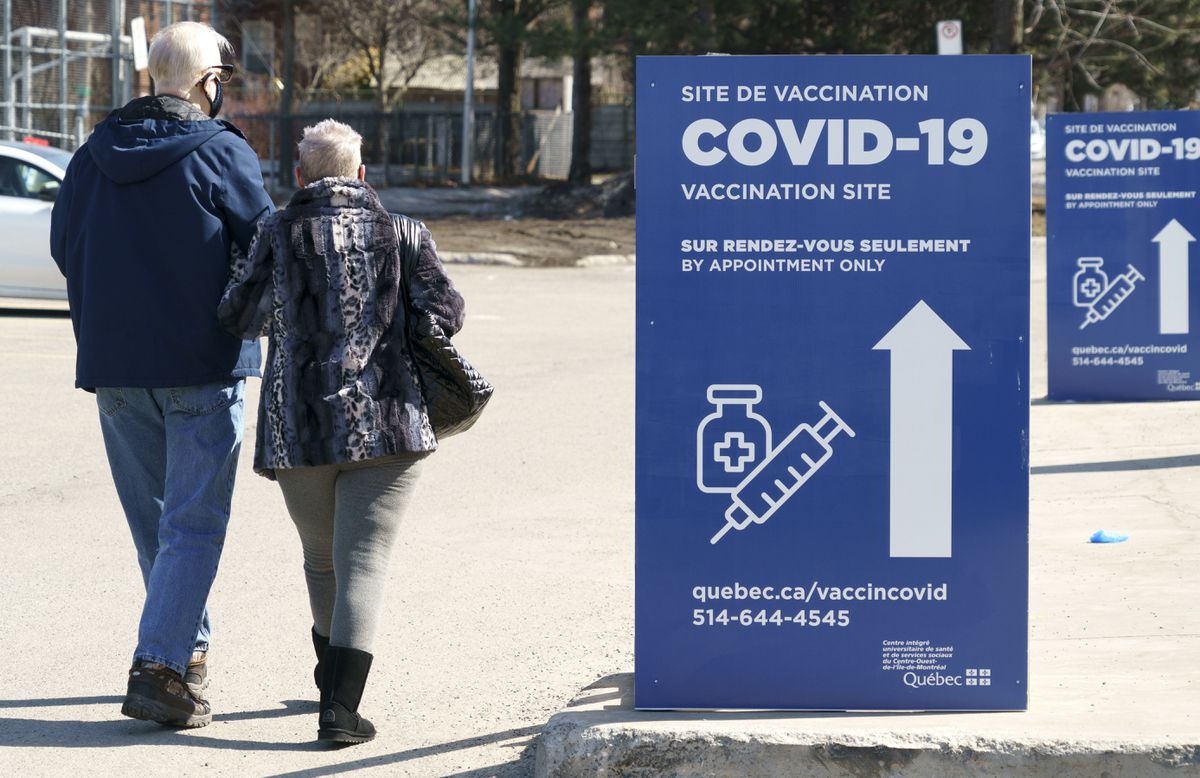 Canada has hit a milestone in its COVID-19 vaccination drive and the federal government says it expects to deliver at least 1.5 million more doses within the next week.

Howard Njoo, deputy chief public health officer, said during a news conference Thursday that the country had surpassed the 10-per-cent mark of residents over 18 receiving at least one shot.

“To date, over 4.3 million doses of COVID-19 vaccines have been administered in Canada,” Dr. Njoo said in Ottawa. “This marks an important milestone, with more than 11 per cent of eligible adult Canadians … having received at least one dose.”

Dr. Njoo said that includes 60 per cent of people older than 80 and 19 per cent between 70 and 79. More than 60 per cent of adults in the three territories have received their first shot, he said.

But he warned those numbers aren’t enough to stop the spread as more transmissible variants continue to pose a “significant threat” until more people are vaccinated.

Federal officials said a total of six million vaccine doses have been delivered to the provinces and territories.

“With nearly two million vaccine doses to be distributed next week, we are clearly on track to receive eight million vaccine doses, reaching our objective for this quarter,” said Major-General Dany Fortin, the military commander who is overseeing the country’s vaccine program logistics.

Maj.-Gen. Fortin said he doesn’t expect any disruption to shipments of the Pfizer-BioNTech vaccine from Europe, despite concerns about potential export reductions by the European Union.

He said 1.2 million Pfizer doses are to arrive next week – the same as this week, which was the largest shipment so far. Another 846,000 doses of the Moderna vaccine are also being delivered.

The first 1.5 million Oxford-AstraZeneca doses coming from the United States could also arrive next week, Maj.-Gen. Fortin said, but a date has not yet been confirmed.

Maj.-Gen. Fortin said there’s no indication that shipments of vaccine to Canada from India will be delayed, but added those discussions are continuing.

Media reports Wednesday said India has halted exports of Covishield, the version of AstraZeneca produced at that country’s Serum Institute.

India has already supplied 500,000 of a planned two million doses to Canada, with another one million still slated for arrival in mid-April, followed by a final shipment a month or so later.

Health Canada said Thursday it has updated the product label for the AstraZeneca vaccine to warn about blood clotting. Supriya Sharma, chief medical adviser for the federal department, said three cases of blood clotting have been reported out of 300,000 Canadians who have received at least one dose, but none appeared to be linked to the vaccine.

Dr. Sharma said she agrees with European health authorities that the benefits of the vaccine outweigh any potential risks, and that all four vaccines approved for use in Canada are considered safe.

Canada’s overall infection rate since the pandemic began a year ago is nearing the one-million mark. To date, the virus has killed 22,759 people across the country.

Health officials in New Brunswick are imposing circuit-breaker measures in an effort to contain an outbreak of the infection in the province’s northwest.

“We’re quite concerned because it is the variant,” said Jennifer Russell, Chief Medical Officer of Health. “We have to pull out all the stops to get things under control.”

The province reported 30 new cases of COVID-19 for a total of 89 active cases.

In Nova Scotia, there were four additional cases, including two related to travel, for a total of 25.

Ontario reported another 2,380 cases and 17 deaths, but officials said that number was inflated because of a data catchup.

In Alberta, health officials reported 764 cases and three deaths. Twenty-one per cent of active cases were variants of concern.

British Columbia officials said they have seen an increase in cases among people who are 19 to 39 in the past six weeks even as COVID-19 cases decrease in people over 80.

Long-term care residents in British Columbia will soon be allowed more than one visitor and will be able to give their loved ones a hug after more than a year of strict restrictions.

Under questioning from the Conservatives’ Michelle Rempel Garner in the House of Commons, Prime Minister Justin Trudeau says he’ll press top European leaders to make sure Canada isn’t affected by tougher export controls on COVID-19 vaccines. Rempel Garner sought an absolute guarantee that no doses would be held back. The Canadian Press

With files from Kevin Bissett in Fredericton and Laura Dhillon Kane in Vancouver. 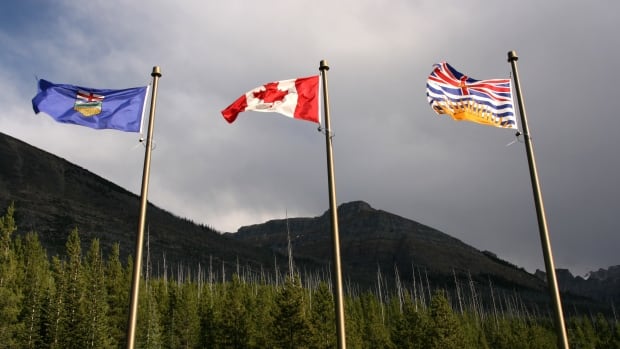 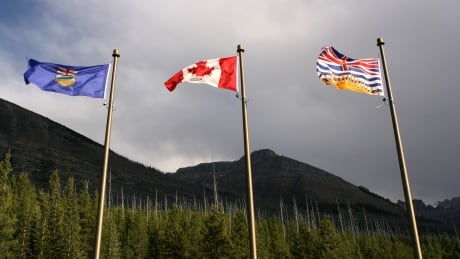 Collingwood have dominated the 2021 AFLW All-Australian team with Brianna Davey named captain and three other Magpies in the line-up.Davey averaged 23.1 disposals per game and also won the AFLPA most valuable player, leading the Magpies to a second-consecutive finals series.Six players were named All-Australian for the first time: Collingwood duo Roby Schleicher and Brittany… 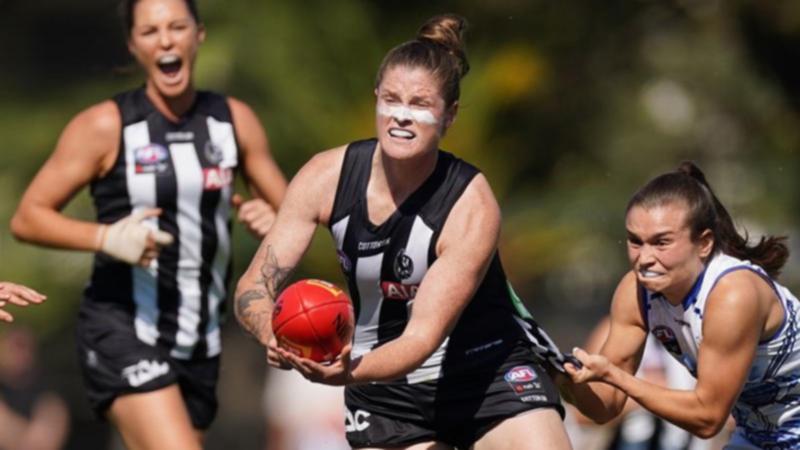 Collingwood have dominated the 2021 AFLW All-Australian team with Brianna Davey named captain and three other Magpies in the line-up.

Davey averaged 23.1 disposals per game and also won the AFLPA most valuable player, leading the Magpies to a second-consecutive finals series.

North Melbourne captain Emma Kearney and Melbourne stalwart Karen Paxman became the only two players to have been named All-Australian in all five seasons of the AFLW competition.

Competition leading goalkicker Darcy Vescio was named on the interchange, with Erin Phillips and Chloe Molloy preferred in the forward line.

150 pounds off and counting: N.L. man uses lockdown to slim down 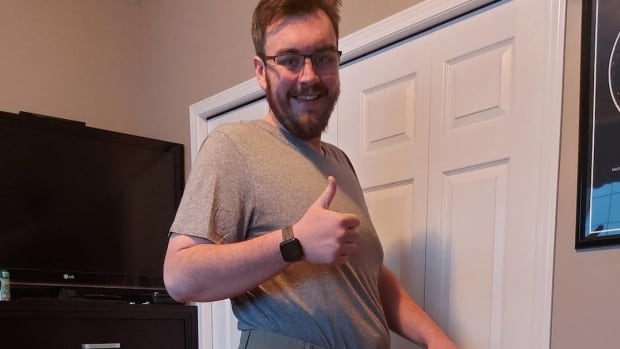 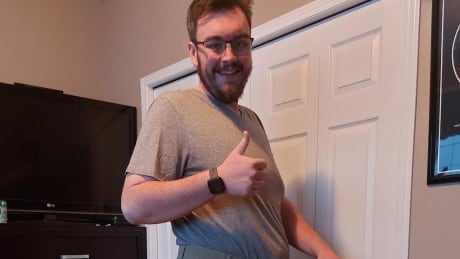