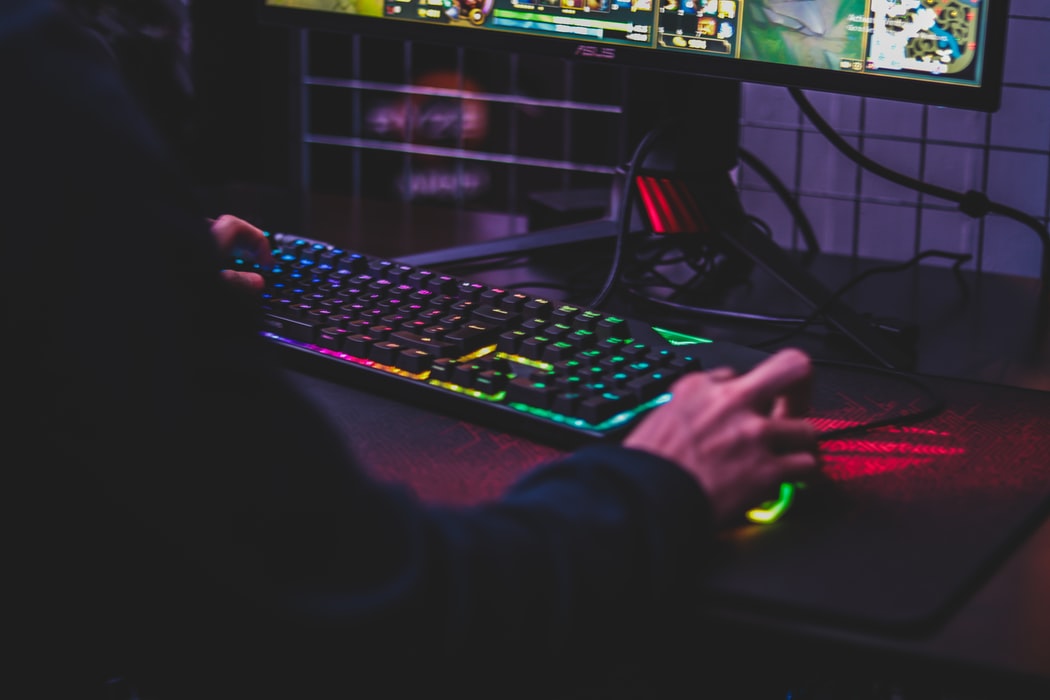 eSports betting is a very niche market. The powers that drive online gaming is done so by a market that has an average age that falls way below the standard age limit of legal gambling. So, when thrust into the world of casinos, businesses and an entire industry have to almost hope that there is enough appeal within the higher age brackets to show interest in a different world of gaming, that statistically is not their interest.

This may be why it has taken so long to evolve, but it’s here now and enjoying success. Our top 10 is presenting the best games to play this year and those that you really should be betting on for superior entertainment.

When you think eSport, the laymen would assume that the gaming presented is all the virtual forms of sporting interest, football, tennis, cricket, and so on. though true to some degree, sports is not actually the most popular form of online eSports betting.

The competitive drive is actually found within multiplayer shoot-em-up battle royale, last-man-standing games. This is where the competitive edge is found that has helped eSports to sustain itself in a packed gambling market.

The Editor-in-Chief, Carita Gustafsson of Svenskaonlinecasino notes, why actual sporting games are less popular. You can visit site here to learn more.

“Sporting video games have forever been a niche gaming choice here in Sweden and other parts of Europe.  It seems to really be more of an age thing. Many sporting games like FIFA which is the most popular amongst Swedish players gets a lot of traction as a game for those 7 to 25, it’s a huge demographic, after that, it drops off. It’s hard for this to be of interest in a gambling environment especially when you have the real thing to bet on. Now, shoot-em-ups and multiplayer battle royale games have an older age market of 16 to 35 and this translates better as a gambling tool because there is no alternative. So, this is why you find more tactical action games rather than actual sporting options.”

The top 10 list certainly translates the general consensus on the reasoning why sport games fair less than those of tactical action video games. If you look at any of the eSports statistical data online, you’ll see that eSports has very much a distinct audience and interest.

The one and only sporting game that is in the top 10 and it beat of games like eSport cricket, football, tennis and all others. How? Because the American audience and eSports betting has the higher percentage, so their national sport, is pretty much cemented to be their number one eSports betting game.

This NBA 2K is part of a series that started way back in 1999 but is the first to be developed specifically for the eSports betting platform. The advantages of this are that it allows players to be developed and created to allow for diversity in the gaming. Rather than every player online having the same team of the same players.

On a gaming level outside of eSports, you can, of course, play with official NBA teams and players.

Developed back in 2017, PUBG is one of many games in this list and throughout the online world that is getting rediscovered within the eSporting circles. Most of the eSports games are old releases that did commercially well and are being brought back to life, so to speak, within a betting domain. PUBG is a multi-player last-man-standing game. Casinos are letting you bet on who that winner will be and as a gaming feature, you can play this either as first or third-person mode.

Within the game, you can also play team mode with two players per team or a choice of four-players to form a squadron to fight to the death.

PUBG hosts a number of tournaments around the world such is its popularity online.

Made by respawn entertainment, this is one of the newer games on the list with a 2019 release date. The Apex Legends game is part of a series that fall under the title of Titanfall. This is, as expected, another first-person shoot-em-up game, that takes place within an epic battle royale stage.

The game hosts 60 players that are able to form 20 different squadrons that can be made up of 3 players per team. The last team standing could be those helping you to win your online bets.

Before eSports took off, Rainbow Six Siege was already one of, if not, the biggest tactical game to have ever been created. This game dropped back in 2015 and turned into one of the best eSports games of all time.

Created by the Ubisoft Montreal company, this is a classic two-team shoot-em-up game that has spawned one of the largest tournaments in the gaming industry. Those winning the title can receive up to 200,000 dollars, just for playing a video game.

For the gambling enthusiast, your money will be made by predicting the winning team.

Produced by Riot Games and released in 2020, this shoot-em-up game is gaining a lot of online traction and is predicted to hit #1 by 2022.

The development is another shoot-ep-up classic that is played by two teams formed of 5 players each. The pull this game has is that players are able to play strategically, being able to build defences to safeguard themselves whilst their opponents try to plant explosives and ultimately try to accomplish the mission.

Betting on the winning team is all you have to do to achieve your rewards.

Dota was developed by a company called Valve in 2013. This is a colossal Multi-player Battle Arena game that has a member count that exceeds 7.7 million players. This is a huge iGaming figure, and this is what pushes Dota 2 into the top 5 despite many people saying it should be top 3. For gaming fans and eSports bettors, this is a favourite.

This is a battle royale on a grand scale. 10 players will get to form two teamswithin the League of Legends world.The teams are built from a character listing of 100 different avatars. To win money in the casinos online, you simply pick the team you think will win.

Dota also hosts one of the largest international competitions when it’s not stirring up numbers within the eSports world.

No.4 – League of Legends

In the League of Legends world, there is a World Championship tournament that takes place each year. that holds the largest cash prize payout for the team winning the title. 2,000,000 dollars is the prize, this is how big this game is and within the esports market, it is another perfect feature to play and bet on.

The game was first released back in 2009 but since then gets regular updates to add features and characters and improved the gameplay. This is indeed a colossal multi-player game and last-team-standing win. Teams are formed of 5 players, but betting is placed on the overall team to win.

Now, this is the first Nintendo game to feature in any top 10 list of eSports games. Developed for the Wii U console, this gaming sequel is a third-person shoot-em-up game that allows players to choose from over 40 different battlegrounds to play on and offers them 100 different weapons that will help them to succeed as last-man-standing. It’s a more colourful battle royale game than the rest that features inside this top 10 list.

Fortnite took the press by storm when it was first released and highlighted the addictive nature of video games. The game got a lot of headlines and helped this to be number one throughout 2019 and 2020. On a gaming level, Fortnite offers players three gaming missions, save the world, creative, and battle royale. No guesses for this mission will be used in the eSports arena.

The appeal of this game comes from the player’s ability to build the world around them. You can create buildings, places, and all sorts. Such is the gaming success of Fortnite, that a World Cup Tournament takes plays every year to reward the best player, who, in turn, will receive more money than what most people would earn in a lifetime.

Since 2010, CS:GO has been one of the leading tactical games on the market. As part of a long-running series that goes as far back as 2000 and the release of Condition Zero, CS: GO is still perhaps the definitive eSports game out there.

Online, there are over 20 million registered players which led to the biggest online tournament in the world, aka, the Counter-Strike: Global Offensive Major Championships.

This is top of almost every stats list created for eSports data and your success comes from simply picked which player will win. Check the data out though as it can help eSports bettors to learn a thing or two.

The Online Casino Bonuses: What They Are and How to Use Them

Three of the oldest and most popular original Adult Swim series are set to get new films – “Aqua Teen Hunger Force,” “Metalocalypse” and “The Venture Bros.”. This isn’t just feature-length expansions of episodes either. All three films will get a release worldwide on Blu-ray/DVD and PVOD with a full 90-day exclusive window before hitting…

Three of the oldest and most popular original Adult Swim series are set to get new films – “Aqua Teen Hunger Force,” “Metalocalypse” and “The Venture Bros.”.

This isn’t just feature-length expansions of episodes either. All three films will get a release worldwide on Blu-ray/DVD and PVOD with a full 90-day exclusive window before hitting the HBO Max streaming service and Adult Swim.

“Aqua Teen Hunger Force” will be a continuation of the hit animated series as fans will find out what happens next with Frylock, Meatwad and Master Shake.

“The Venture Bros.” movie sees Doc’s latest invention potentially either bankrupting the Ventures or launch them to new heights, while a mysterious woman from their pasts threatens to bring their entire world crashing down on them.

The “Metalocalypse” movie follows the power-hungry Tribunal as they unveil their secret and deadly ‘Falconback Project’ as the world which is growing embattled in chaos with the menacing Doomstar breaching the Earth’s atmosphere. Meanwhile, the mysterious and twisted dissent of a band member threatens the future of Dethklok.

Donkey Kong EPD Tokyo, the Nintendo development team behind “Super Mario Odyssey” are rumored to be at work on a new Donkey Kong 2D adventure timed for the franchise’s 40th-anniversary. Retro Studios, who did the last ‘Kong’ game with “Donkey Kong Country: Tropical Freeze” in 2014,” are busy at work on “Metroid Prime 4” and…

EPD Tokyo, the Nintendo development team behind “Super Mario Odyssey” are rumored to be at work on a new Donkey Kong 2D adventure timed for the franchise’s 40th-anniversary.

Retro Studios, who did the last ‘Kong’ game with “Donkey Kong Country: Tropical Freeze” in 2014,” are busy at work on “Metroid Prime 4” and isn’t involved. [Source: Nintendo Life]

The Star Wars Celebration convention in Anaheim has moved up its dates from August 2022 to May 26-29th 2022 ccording to the Star Wars site. The official Lucasfilm fan event will automatically transfer ticketholders existing tickets to the new event dates. Refunds will be available at StarWarsCelebration.com until June 11th this year. [Source: StarWars.com]

The Beast Must Die

AMC+ Original six-part revenge thriller “The Beast Must Die,” starring Jared Harris and Cush Jumbo, will premiere on Monday, July 5 on AMC+ and on Monday, July 12th on AMC. The remaining episodes will release weekly.

Jumbo plays a woman who ingratiates herself with the family of the man she believes responsible for the fatal hit and run of her young son. She’s tracked by a detective (Billy Howle), who has reason to believe his department covered up the man’s involvement in the incident. [Source: AMC]

Disney+ has released a new poster for the “Loki” TV series several weeks out from its premiere on June 9th – a poster featuring a cartoon clock chacter.

The series sees the God of Mischief stepping out of his brother’s shadow after the events of “Avengers: Endgame”. Tom Hiddleston returns and is joined by Owen Wilson, Gugu Mbatha-Raw, Sophia Di Martino, Wunmi Mosaku, and Richard E. Grant.