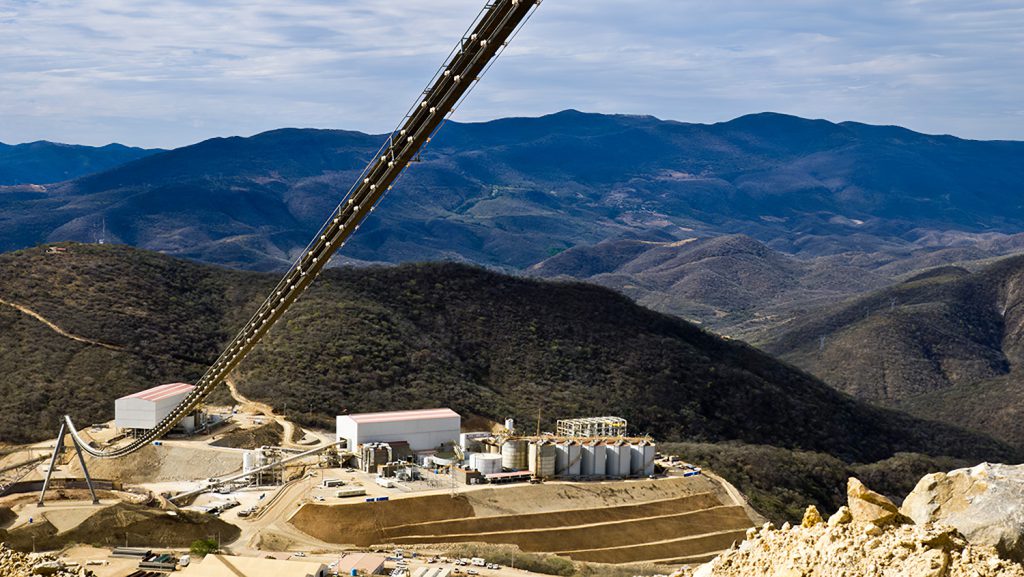 The primary purpose of the infill program was to upgrade inferred mineral resources to the indicated category within Media Luna Upper (MLU). The program follows on the 2017 to 2019 infill program carried out in Media Luna Lower (MLL), which resulted in a maiden indicated resource of 2.24 million gold equivalent ounces.

Jody Kuzenko, President and CEO, stated: “Results of the 2020 infill drilling program have enhanced our understanding of the Media Luna deposit, specifically in MLU, where the 2020 program was focused. Assay results received to date validate the lateral and horizontal continuity of the mineralized skarn zone in MLU and confirm the presence of higher-grade mineralized zones within the broader resource envelope. The results also indicate that, while grade is relatively consistent, there is more pronounced variability in the thickness of the mineralized skarn zone in MLU, as compared to MLL.

“Given the government-mandated COVID-19 suspension of business activities in April, 2020, the infill drill program was suspended for close to three months. While our exploration team did a commendable job resuming and accelerating the program post-suspension, the planned 128-drill hole program was not fully completed by year-end, with the remaining 20 holes finished in late February. Upon receipt of final assays, results from the remaining 20 drill holes will be incorporated within the geological and block models, with the release of an updated mineral resource estimate to follow in Q2 2021.

“With completion of the 2020 drill program, we have now started a 44,000-metre infill program targeting to upgrade inferred resources between MLL and MLU. The resulting updated resource estimate will form the basis for the Media Luna feasibility study, which is on track to be concluded in Q1 2022.”

Eldorado Gold Corp. [ELD-TSX; RGO-NYSE] has acquired all of the outstanding common shares in the capital of QMX Gold Corp. not already owned by Eldorado. The arrangement became effective at 12:01 a.m. Eastern Time on April 7, 2021, resulting in QMX becoming a wholly owned subsidiary of Eldorado. “We are very pleased to complete the…

Eldorado Gold Corp. [ELD-TSX; RGO-NYSE] has acquired all of the outstanding common shares in the capital of QMX Gold Corp. not already owned by Eldorado. The arrangement became effective at 12:01 a.m. Eastern Time on April 7, 2021, resulting in QMX becoming a wholly owned subsidiary of Eldorado.

“We are very pleased to complete the acquisition of QMX, which significantly increases Eldorado’s position in the Abitibi greenstone belt and is consistent with our strategy to invest in world-class mining jurisdictions. Eldorado is a committed partner for mining in Quebec, with exploration and operational success across our Lamaque operations. The addition of QMX to our portfolio opens a range of opportunities to expand our activities in the region and to leverage our existing infrastructure and Eldorado’s strong operational, exploration and stakeholder expertise,” said George Burns, Eldorado’s president and CEO.

Under the terms of the arrangement, each holder of QMX shares is entitled to receive, for each QMX share held immediately prior to the effective time 7.5 cents in cash; and 0.01523 of a common share in the capital of Eldorado, for total consideration of 30 cents per QMX share (based on the closing price of the Eldorado shares on Jan. 20, 2021).

Eldorado is a gold and base metal producer with mining, development and exploration operations in Turkey, Canada, Greece, Romania and Brazil.

QMX is a Canadian-based resource company that has been systematically exploring its extensive property position in the Val d’Or mining camp, Quebec. QMX is currently drilling in the Val d’Or East portion of its land package focused on the Bonnefond deposit and in the Bourlamaque batholith. In addition to its extensive land package, QMX owns the strategically located Aurbel gold mill and tailings facility.

Canada Nickel Company Inc. [CNC-TSXV; CNIKF-OTCQB] said Thursday April 8 that it has launched an environmental and social impact assessment (ESIA) at its 100%-owned Crawford nickel-cobalt sulphide project in northern Ontario. “Canada Nickel is rapidly advancing the development of the Crawford mine to deliver NetZero Nickel and Cobalt products in a sustainable, environmentally responsible way,”… 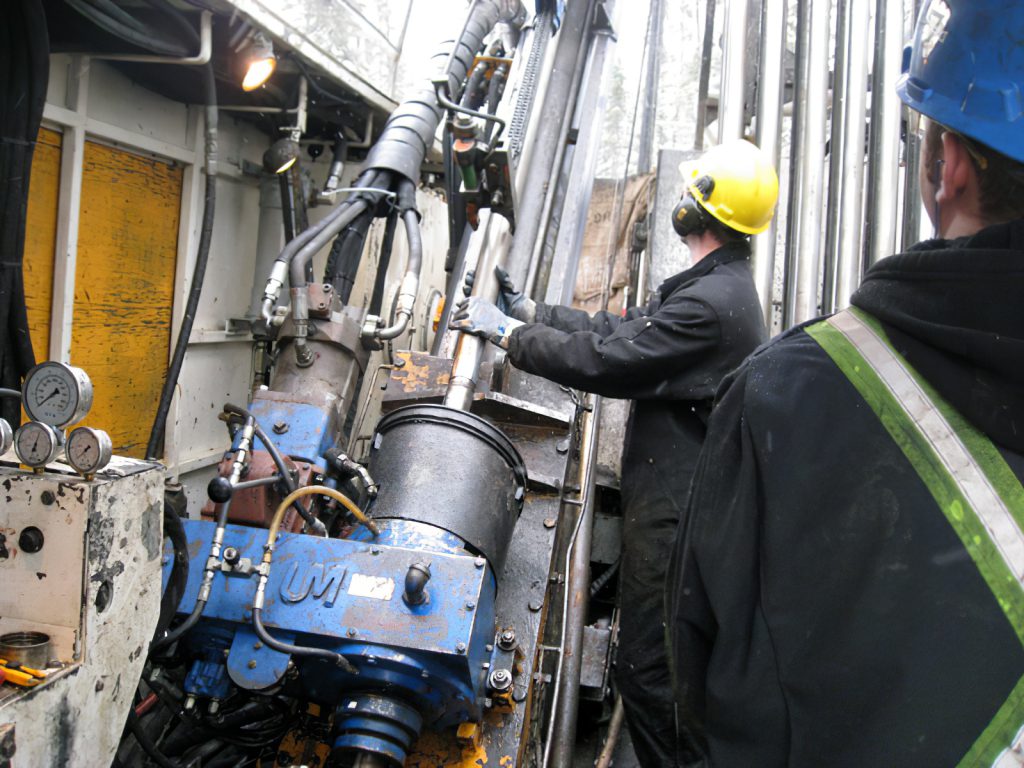 “Canada Nickel is rapidly advancing the development of the Crawford mine to deliver NetZero Nickel and Cobalt products in a sustainable, environmentally responsible way,” said Canada Nickel Chair and CEO Mark Selby.

“We will be announcing results from our preliminary economic analysis (PEA) shortly and expect the feasibility study to be completed by year-end, therefore we want to begin this critical ESIA work as quickly as possible,” Selby said.

“Initiating environmental data acquisition and our social engagement process at this early stage sends a clear signal of the importance that the company places in reducing its environmental footprint and building lasting and meaningful relationships with all project stakeholders,” he added.

The company has hired Transfer Environmental Society (TES), a consulting firm specializing in community engagement, to support the company in designing and implementing a rigorous community consultation process.

Canada Nickel is launching the ESIA after recently entering into a non-binding MOU with Glencore Canada Corp. to examine the potential use of Glencore’s Kidd concentrator and metallurgical site in Timmins, Ont., for the treatment and processing of material mined from the Crawford nickel-cobalt sulphide project.

Crawford is located 40 km north of Glencore’s operations in the Timmins-Cochrane area of northern Ontario.

“The opportunity to utilize the excess capacity and existing infrastructure at the Kidd met site provides the potential to allow a faster, simpler, smaller-scale start-up of Crawford at a vastly lower capital cost while the company continues to permit and develop a much-larger-scale project currently being contemplated,” Selby said recently.

He said the nickel market is increasingly driven by demand for nickel from the electric vehicle (EV) market which will require new nickel projects to be built over the coming decade.

Canada Nickel is exploring a number of key technologies in a bid to establish Crawford as a zero-carbon footprint operation. They include the utilization of rope shovels and trolley trucks which utilize electricity rather than diesel fuel as a power source wherever possible. 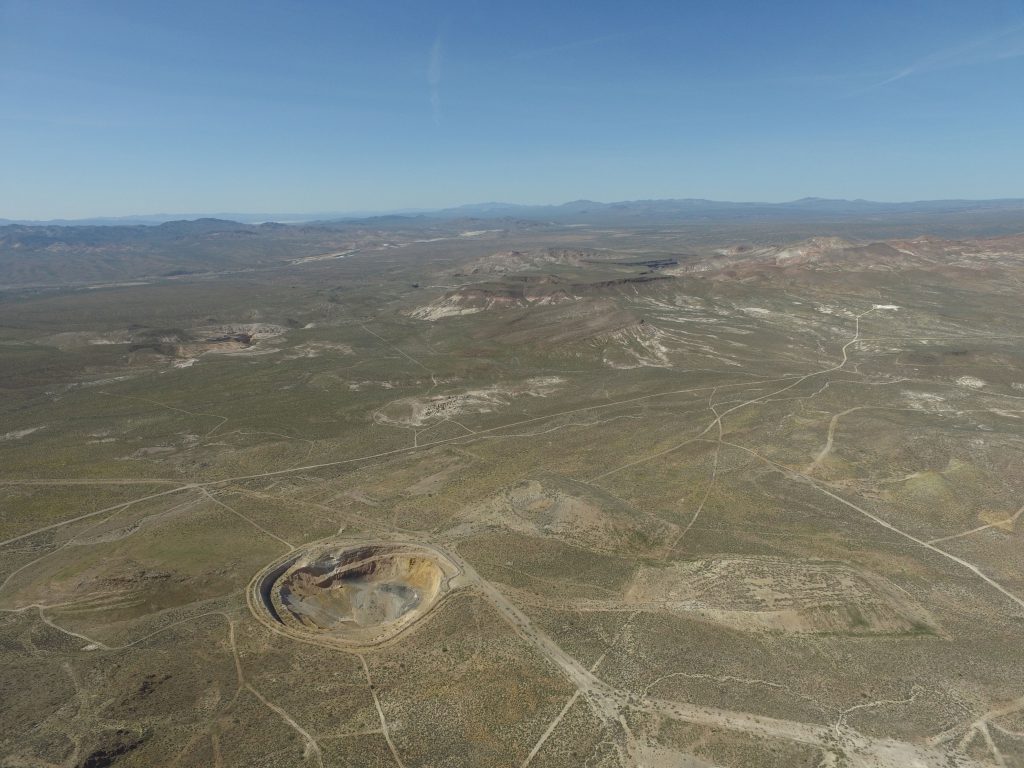 Corvus said the Lynnda Strip deposit is demonstrating gold continuity across its width and the large vein/stockwork zones within it. It said the thickness, grade and strong oxidation of this new discovery make it an ideal target for open-pit mining and heap leach processing.

Corvus is a North American gold exploration and development company. Its key assets are the wholly-owned North Bullfrog and Motherlode projects in Nevada.

Studies have indicated that an on stand alone basis, Motherlode could produce 170,980 ounces of gold annually at an all-in-sustaining cost of US$677 an ounce.

“The recent Lynnda Strip discovery is an example of the potential that exists in the re-emerging Bullfrog Gold District,” said Corvus President and CEO Jeffrey Pontius. He said Corvus would continue to expand the Lynnda Strip discovery with an initial mineral resource estimate planned for early fall of this year to assess its potential value for a future mining operation.

Corvus has a number of other targets in the region that it will address in the future to determine how extensive this new gold system is regionally.