It wouldn’t be the Growth 500 CEO Summit without recognizing the amazing business minds that populate our list, and continue to contribute in innovative ways to Canada’s economy

“Despite turbulence, the 2020 Growth List companies showed resilience, spirit and, most importantly, empathy and strong leadership,” says Susan Grimbly, Growth List Editor. “As we celebrate over 30 years of the Canada’s Fastest-Growing Companies program, it’s encouraging to see that the heart of Canada’s entrepreneurial community beats strong, even in tough times.”

“The award-winning entrepreneurs are fleet, incredibly imaginative and creative; and truly passionate,” sys Grimbly. “They demonstrate these attributes, from their significant growth in 2019, their resilience in 2020, and their magnificent leadership, going into 2021. As such, they stand like goliaths above the crowd.”

Here are this year’s winners:

This Toronto-based development and investment company has quickly established itself as a juggernaut in a competitive industry. Sales revenues grew by a whopping 57,144%, from 2014 to 2019. Succeeding in development, Benjamin Bakst, CEO & Co-founder, says, is about more than putting up buildings. It’s about understanding the market; and how the different sectors (residential, commercial, rental) inform each other. Strategic investment in rental properties across North America adds to the company’s lustre. “We do have a specialty,” notes Bakst. “It’s value-add real estate.”

After working in the mining and construction sectors in Northwestern Canada, Founder & CEO Trent Fequet began crafting a business plan for a company that could work for energy giants, but also provide work for Indigenous peoples. He launched Steel River Group in 2017. Calgary-based Steel River Group has established remarkable partnerships with both construction giants and First Nations groups, leading to extraordinary growth. This year’s Start-Up winner boasts two-year revenue growth of 8,662% since 2017.

This award celebrates an entrepreneur whose original ideas may be good, but may not flourish; having to sniff for the path to success. Vancouver-based CoPilot started as a FinTech but realized their customers—financial advisors—needed revenue-generating sales leads. They experimented with several formats till developing the CoPilot Prospecting Dashboard (CPD). In February 2018, CoPilot AI rocketed from $5,000 a month in revenue to $30,000. Even then, they struggled, whacked by problems of growing too fast. A testament to courage.

“Ethical” lives in Ahava’s digital-marketing company’s DNA, from offering ethically verified consumer data, to commanding a women-led consultancy “that helps shift the perspective of Fortune, B-corporations and media companies to grow relationships with women consumers in an intuitive way.” Dr. Aizenstros supports and promotes her 300-strong workforce through BIPOC initiatives and a full slate of benefits: from employee share-ownership plans and bonuses tied to individual performance to a formal career-planning program and parental leave top-up/childcare subsidies.

The Excellence in Diversity Award celebrates a company whose diversity initiatives create an inclusive employee culture. KW Signs, a large manufacturer of metal sign frames that supports over 350 distributors across Canada and the United States, boasts 26 BIPOC employees who speak 13 languages among them, and believes it’s that diversity that allows the company to quickly hire great talent. KW runs mentorship initiatives in the Kitchener-Waterloo area, helping them connect with a robust job-seeker pool; and encourages diverse hiring.

Female Entrepreneur of the Year Award
Cook It

Judith Fetzer of Cook it, a Montreal-based meal prep service, has built a thriving company through acumen and agility. The original 2014 à la carte model shifted to a subscription-based model in 2016 (tripling sales). Given the exponential increase in demand during the quarantine economy, the workforce itself became the challenge. With roughly 200 employees in early March, Cook it hired an external recruiting committee, who hired over 300 new “distance candidates”.  While sales revenues soared, Fetzer had to recraft company culture on the fly, introducing new initiatives, to help employees flourish.

STEMCELL Technologies develops specialty cell culture media, cell isolation systems and accessory products for research in dozens of fields. It delivers 2,500 products directly to 22 countries; and via a global network of distribution centres to 90 other countries. Vancouver-based STEMCELL has a clearly thought-out strategy for global expansion; and it’s got the reach to prove it. By 2030, global sales are projected to be $1 billion, with an estimated 5,000 employees.

This company has a track record of deep involvement in its community. In the spring, D-Squared Construction pledged $25,000 worth of relief, asking people in need to drop a short story in their DM’s describing their challenges. Amounts ranging from $1,000 to $2,500 were handed out. Through the hashtag #SPREADTHELOVE, they encouraged other businesses to jump in, too. Further, in its targeted program “Pave the Way”, D-Squared helps youth directly in Ottawa (in partnership with United Way). Now in its third year, Pave the Way has expanded with a program called Critical Hours, supporting at-risk youth in 10 of Ottawa’s most at-risk neighbourhoods.

Dr. Yuanming Shu asked: How can AI teach a computer to interpret geospatial imagery like a human? He developed the core mapping technology, which “uses data from satellites, mobile phones, drones and air imaging sensors to paint an information-rich picture of our world,” founding Ecopia.AI in 2013 with Shuo Tan and Jon Lipinski. The goal: To create the first complete map of our world, in real time. This exceptional achievement has far-reaching implications for the developing world, where NGO and humanitarian organizations operate without accurate information about their geography.

India in talks with Guyana for long-term crude supply -minister

How real estate firm Marlin Spring snagged the No. 1 spot in the 2020 Growth List

St. James Gold Corp. [LORD-TSXV; LRDJF-OTCQB; BVU3-FSE] said Thursday May 13 that it has struck a deal with an underwriting syndicate in connection with a brokered private placement of up to 2.17 million units at $3 per unit, which is expected to raise $6.51 million. Each unit will be comprised of one common share and… 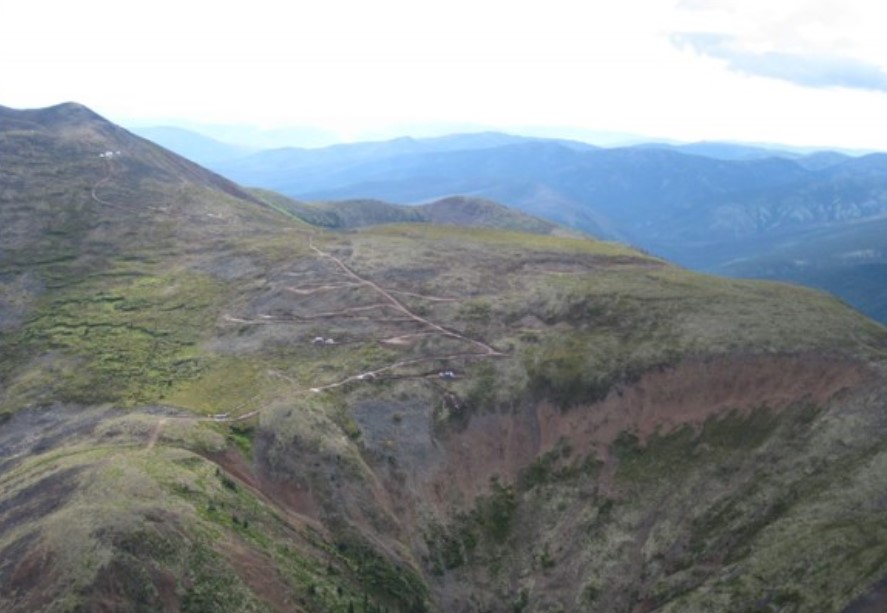 St. James Gold Corp. [LORD-TSXV; LRDJF-OTCQB; BVU3-FSE] said Thursday May 13 that it has struck a deal with an underwriting syndicate in connection with a brokered private placement of up to 2.17 million units at $3 per unit, which is expected to raise $6.51 million.

The company granted the underwriters the option to increase the size of the offering by up to 500,000 units, potentially raising additional proceeds of $1.5 million.

Back in April, 2020, Marathon released a pre-feasibility study for the Valentine Lake Project. It envisages an open pit mining operation over a 12-year mine life with average gold production of 175,000 oz/year in years 1-9 from the processing of high-grade mill feed.

St James recently signed an option and joint venture agreement to acquire up to a 100% interest in the Florin gold project covering nearly 22,000 contiguous acres in the historic Tintina gold belt in the Yukon, subject to regulatory approval.

The company intends to use net proceeds of the offering to close the initial payment on the Florin project acquisition. Proceeds will also be used to finance drilling on the Florin gold project and Newfoundland properties.

The Florin property is 55 km northwest of Mayo and 130 km east of Dawson City.

Blue Lagoon Resources Inc. [BLLG-CSE; BLAGF-OTCQB; 7BL-FSE] provided a drilling update and results from the 2021 phase 1 drill program on its Dome Mountain gold project, an all-year accessible property located a short 50-minute drive from Smithers, British Columbia, which holds both an Environmental Management Act (EMA) permit and a mining permit providing for up… 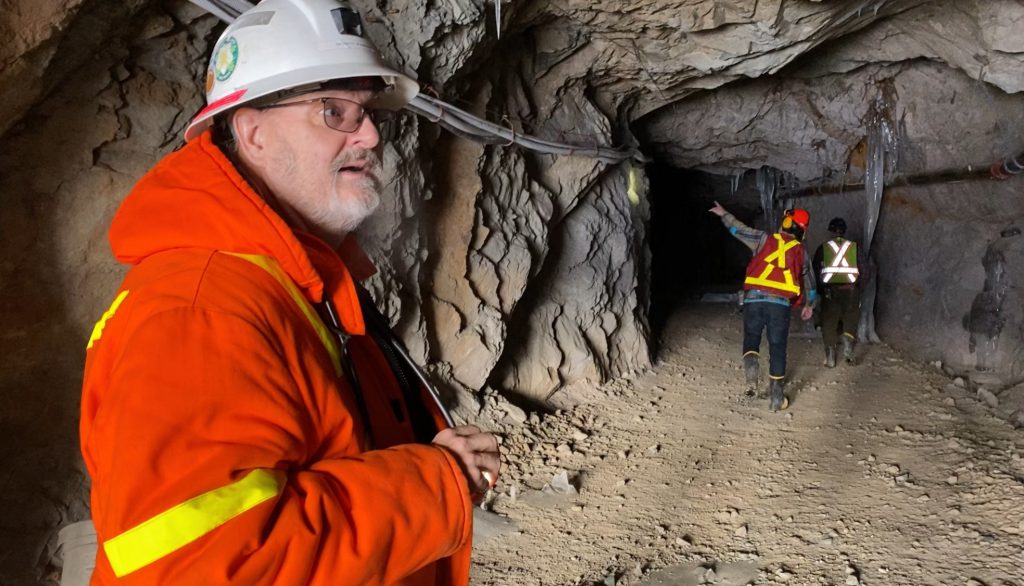 “We are very pleased with the results to date from our 2021, 20,000-meter drill program, which continue to confirm the hi-grade nature of the Boulder Vein,” said Rana Vig, President and CEO of Blue Lagoon Resources. “With the first phase now complete with 7176.5 meters drilled in 31 holes, we’re getting ready to recommence drilling once all the snow melts and break-up is complete with ground conditions becoming more favorable for our drill crew to mobilize,” he added.

The first phase of this drill program at Dome Mountain also included three drill holes targeting the Forks Vein zone, located 500 metres south of the Boulder Vein. The Forks Vein zone is a shallow dipping structure to the north.

The mineralized structure is shallow dipping to the northeast and remains open along strike and down dip. Holes 154 and 156 hit the down-dip segment 150 metres from historic workings where a shaft and drifting encountered the mineralized zone at 35 metres depth.

“These holes targeted mineralization identified from holes drilled in the 1980s and confirmed the high-grade nature and trend of the mineralized Forks Structure,” said William Cronk, Chief Geologist for Blue Lagoon. “Further drilling will test for continued mineralization to the NE along the down dip trend with a goal to follow this mineralized structure to its intersection with the Boulder Vein System,” he added.

Santacruz Silver Mining Ltd. [SCZ-TSXV; 1SZ-FSE] reported operating results from the 100%-owned Zimapan Mine located in Zimapan, Hidalgo, Mexico, and the 100%-optioned Rosario Project in Charcas, San Luis Potosi, Mexico, for the first quarter 2021. The company is not including production from the Veta Grande Project in this report as operations at Veta Grande were…

Santacruz Silver Mining Ltd. [SCZ-TSXV; 1SZ-FSE] reported operating results from the 100%-owned Zimapan Mine located in Zimapan, Hidalgo, Mexico, and the 100%-optioned Rosario Project in Charcas, San Luis Potosi, Mexico, for the first quarter 2021. The company is not including production from the Veta Grande Project in this report as operations at Veta Grande were suspended during Q1 2020.

Production highlights include silver equivalent ounces produced 706,978 in Q1. Silver head grades increase 9.4% at Zimapan Mine as compared to Q1 and Q4 2020. There was increased tonnage throughput from Lomo del Toro zone of the Zimapan Mine from 4,000 during January and February to 6,000 tonnes for the month of March. A new mining method introduced in late March at Rosario that is expected to significantly reduce costs by less handling of waste material

Carlos Silva, Santacruz’s COO, stated, “As we keep advancing our workings deeper into the higher-grade Lomo del Toro manto and increase the tonnage mined from this zone, we are seeing a corresponding increase in head grades at our Zimapan Mine. We are progressing well towards our objective of reaching 15,000 tonnes per month of mill feed from this higher-grade area by the end of the second quarter.” Silva continued, “We expect further efficiencies at our Rosario Project during Q2 as a result of a revised mining plan which results in less waste material being handled. These very encouraging improvements were unfortunately partially offset by an unstable power supply from Mexico’s Comision Federal de Electricidad (Mexico’s power supply company). The unstable power supply impacted the mill throughput at both mines in February as motors for the ball mills were damaged. The matter was resolved in early March but mill throughput was materially reduced for eight days.”

The company continues to take all appropriate measures to prevent COVID-19 among the work force and local communities and to monitor the effectiveness of these measures in mitigating any potential impact on business activities. The company’s actions have been successful to date and the pandemic has not had any material impact on the business.