In a recent survey taken on the behaviourism of dogs, it came to notice that dogs that live in urban environments were observed to be more fearful than those living in rural environments.

Social fearfulness in dogs is particularly associated with fearfulness related to unfamiliar human beings and dogs.

The study was conducted at the University of Helsinki, with the help of a dataset pertaining to nearly 6,000 dogs. The dataset was selected from a larger set of data, a behavioural survey encompassing almost 14,000 dogs.

Based on the survey, inadequate socialisation of puppies to various situations and stimuli had the strongest link with social fearfulness.

From the survey, it was clear that the living environment also appears to make a difference, as dogs that live in urban environments were noticed to be more fearful than dogs living in rural environments.

Jenni Puurunen, a postdoctoral researcher at the Faculty of Veterinary Medicine, University of Helsinki said: “This has not actually been previously investigated in dogs. What we do know is that human mental health problems occur more frequently in the city than in rural areas. However, further studies are needed before any more can be said about causes pertaining to the living environment.”

The same social fearfulness was also seen as more common among neutered females and small dogs.

In support of the research, activity is another factor associated with fearfulness

Fearful dogs were less active than bolder ones, and their owners also involved them in training and other activities significantly less often.

“Of course, the lesser activity of fearful dogs can also be down to their owners wanting to avoid exposing their dogs to stressful situations. It may be that people just are not as active with fearful dogs,” Professor Hannes Lohi from the University of HelsinkiLohi pointed out.

Furthermore, significant differences between breeds were identified in the study.

Spanish Water Dogs and Shetland Sheepdogs expressed social fearfulness the most, while Wheaten Terriers were among the bravest breeds.

The Cairn Terrier and the Pembroke Welsh Corgi expressed only a little fearfulness towards other dogs.

Netflix’s ‘Tiger King’ is a massive hit. Now the backlash has arrived.

Social Distancing Guide: This is where your peers and team members may be looking… 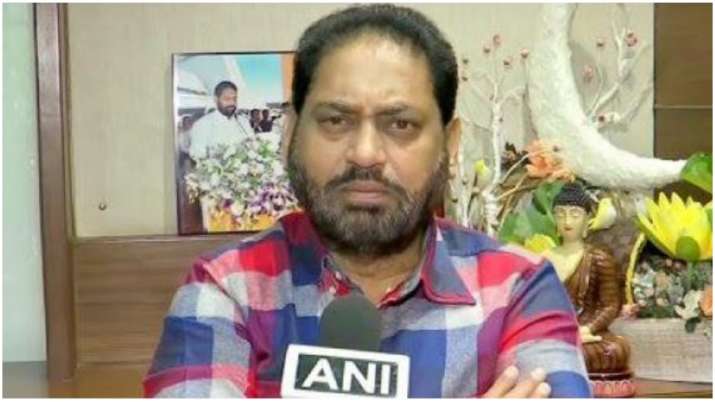 Nitin Raut, a member of Congress party, was seen warning the BJP in a video clip.

“BJP is trying to topple the state government. Modi and Fadnavis should stop dreaming ‘mungerilal ke sapne’. Everyone should unite in a battle against corona. But they [BJP] do not have any shame left,” Raut can be heard as saying in the video.

Watch the video below:

Political activities have gathered pace in Maharashtra. On Tuesday midnight, NCP chief Sharad Pawar rushed to Shiv Sena chief Uddhav Thackeray at ‘Matoshree’ in Mumbai. Speculation was rife as to what might have prompted the Maratha strongman to rush to Thackeray residence.

On Tuesday, Uddhav Thackeray faced a lot of flak over his apparent inability to tackle the issue of sending migrant labourers home. Union Railway Minister Piyush Goyal alleged that there was a complete ‘collapse’ of government machinery and that the state did not have a political leadership.

ALSO READ | Not trying to topple Uddhav Thackeray govt, it will fall under its own weight: Devendra Fadnavis

Locust attacks in India: Terrifying photos, videos of one of the worst swarm attacks emerge 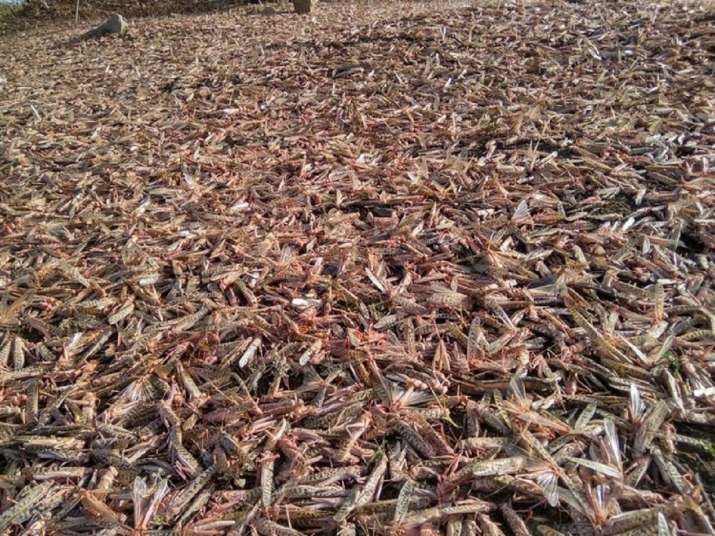 2020 is only serving humanity with pangs of doomsday with each one fearing for his or her life. No, we are not talking about the coronavirus but an army of insects that have made their way into India, causing troubles in Rajasthan, Madhya Pradesh, Gujarat, Haryana, Punjab, Vidharba in Maharashtra, Mathura in Uttar Pradesh and even new Delhi. Terrifying videos of locust attacks, led by the little insects but causing greater damage, have emerged. Experts have claimed it to be the worst attack in nearly 26 years. Locusts are insects that travel in large swarms only during the day time. They can travel up to 150 kilometers in a day depending on the wind speed. They are known for feasting on all sorts of plants and standing crops. The photos and videos surely instill a sense of apocalyptic doom.

#WATCH Madhya Pradesh: Farmers in Budhni and Nasrullaganj of Sehore district beat utensils in a bid to scare away swarms of locusts that attacked their farms. Disinfectants are also being sprinkled on trees and crops to protect them from locusts. pic.twitter.com/tLahQqz8Ej

This time desert locust attack is severe. They have arrived earlier, in huge numbers & now reached till Panna in MP. The changing climate conditions are linked with locust growth in east Africa. The swarms has potential of eating everything & destroy the crops. This from Panna. pic.twitter.com/8aqLa8lA4O

Locust attack in Rajasthan. Jaipur today. They have ability to eat crops like anything. Via @DrRakeshGoswami pic.twitter.com/eROJ08gRWI

Meanwhile, the most-affected state Rajasthan is planning to use drones and planes to fight locust swarms. It is also believed that the locusts have changed their strategy this season as they are flying at greater height against their basic nature to fly in the low lying areas. Union Minister for Agriculture Kailash Chowdhary has requested the DGCA to help the government with planes so that pesticides can be sprayed from a greater height. The Rajasthan government is also considering tenders in order to get in drones to counter the menace. 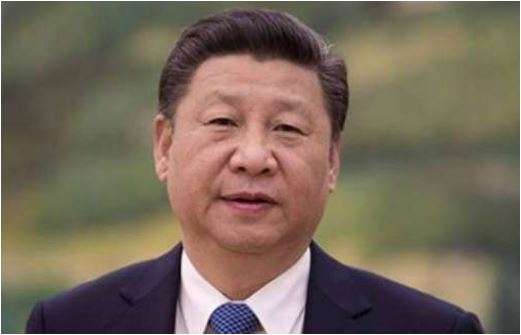 Chinese President Xi Jinping on Tuesday ordered the military to scale up the battle preparedness, visualising worst-case scenarios and asked them to resolutely defend the country’s sovereignty.

Xi, 66 who is also the General Secretary of the ruling Communist Party of China (CPC) and head of the two-million-strong military with prospects of lifelong tenure in power, made the remarks while attending a plenary meeting of the delegation of the People’s Liberation Army (PLA) and People’s Armed Police Force during the current parliament session being held here.

His comments came in the backdrop of the nearly 20-day standoff between India and China at the Line of Actual Control (LAC).

Several areas along the LAC in Ladakh and North Sikkim have witnessed major military build-up by both the Indian and Chinese armies recently, in a clear signal of escalating tension and hardening of respective positions by the two sides even two weeks after they were engaged in two separate face-offs.

The nearly 3,500-km-long LAC is the de-facto border between the two countries.

The US-China military frictions were also on the rise with the US navy stepping its patrols in the disputed South China Sea as well as the Taiwan Straits. Washington and Beijing are also engaged in a war of words over the origin of the coronavirus pandemic.