Why Mamata Banerjee's Nephew Has Emerged As BJP's Favourite Target

"Didi Vs All": Sena Says Won't Fight In Bengal, Will Back Mamata Banerjee

Indian military must be prepared for threats from China, Pakistan: CDS Bipin Rawat

1 in 4 people in the world will have some degree of hearing loss by 2050: WHO

Sasikala announces retirement from politics ahead of Tamil Nadu polls

Petrol, diesel can go cheaper by Rs 8.5. Here's how it can happen 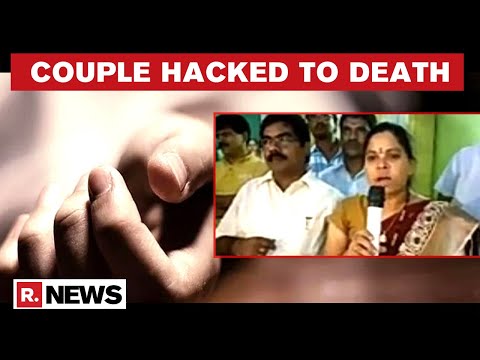 In a shocking incident, a High Court advocate and his wife were brutally hacked to death in Telangana’s Peddapalli on Wednesday. The couple was stabbed to death on the Kalvacharla highway in broad daylight near Ramagundam of Godavarikhani, about 220 km from Hyderabad. The name of TRS leader Kunta Srinu has allegedly cropped up in the incident.

As per the Peddapalli police, prominent HC Advocate Gattu Vaman Rao and his wife P.V. Nagamani were travelling from Manthani to Hyderabad after attending a court case. They were intercepted by unknown persons at around 3 pm who appeared before their vehicle. The assailants brutally stabbed the couple with knives, leaving them bleeding on the highway and fleeing from the spot.

According to the police, injured advocate Vaman Rao called out TRS leader Kunta Srinu name before he breathed his last. The investigation is currently underway, and the search is on for the accused involved. The driver of the lawyers, who was an eyewitness to the murder, is being questioned by the police. Meanwhile, the bodies of the couple have been shifted to a government hospital for autopsy and a case being registered U/s 302 IPC. Sources have stated that the lawyer couple had sought police protection a few months ago.