Amid speculations of change in leadership in Uttarakhand, CM Rawat meets JP Nadda

'Should have waited for his turn': Rahul Gandhi breaks silence over Jyotiraditya Scindia leaving Congress

Water supply to be affected in Delhi on March 8-9. Check details

"Call Me Selfish, But...": Actor Mithun Chakraborty On Joining BJP

'Will Teach You About Syndicates': Mamata Banerjee’s Dig At PM On Fuel Price

'If Scooty Falls In Nandigram, What Can We Do?': PM's Swipe At Mamata Banerjee

Good news! Junk your old car and get 5% rebate from automakers on new purchase

'If BJP wants to buy votes, take the money and vote for TMC': Mamata urges voters

Mamata Banerjee's Retort On "Parivatan In Bengal" To PM Modi 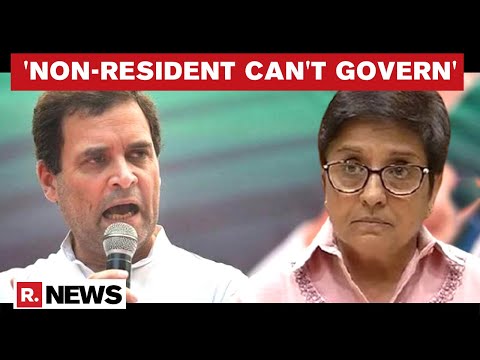 A day after the removal of Puducherry Lieutenant Governor Kiran Bedi, former Congress president Rahul Gandhi claimed that the elected government was not allowed to work for the last 5 years. Addressing a public meeting in Mudaliarpet, Gandhi asserted that Puducherry is not someone’s personal property. Claiming that PM Modi insulted the people’s vote by misusing the institution of L-G, he assured the crowd that Congress will not allow any non-resident to decide the future of Puducherry. Moreover, the Wayanad MP contended that the people of the Union Territory will give a befitting response to the Centre’s alleged obstructionist policy in the Assembly polls due in April-May this year. Telangana Governor Dr. Tamilisai Soundararajan will assume additional charge as the Puducherry L-G at 9 am on Thursday.

“And for the last 5 years, the Prime Minister of this country has not allowed the government of Puducherry to work. The Prime Minister has personally insulted the vote of the people of Puducherry. Through the office of the L-G, he has repeatedly sent you a message saying to you that your vote does not matter,” he added.

Taking potshots at Kiran Bedi, the Wayanad MP said, “Is the Lieutenant Governor from Puducherry? Did she grow up in Puducherry? Was he born in Puducherry? Does she understand the traditions of Puducherry? Then on what basis, did she run this place? Who gave her the right to decide the future of the people of Puducherry? How dare someone do this to you?”