BJP Leader Reacts To Speculation Of Mithun Chakraborty's Entry, Says 'He Is Most Welcome'

Myanmar cracked down brutally on protests. It may get worse

What makes Yogi Adityanath a superstar campaigner in Bengal

No entry in Kashi Vishwanath's sanctum sanctorum on Shivratri

Congress To Oppose 'One Nation, One Election' Push In Karnataka Assembly

Indian-Americans taking over US, says Joe Biden at NASA meet 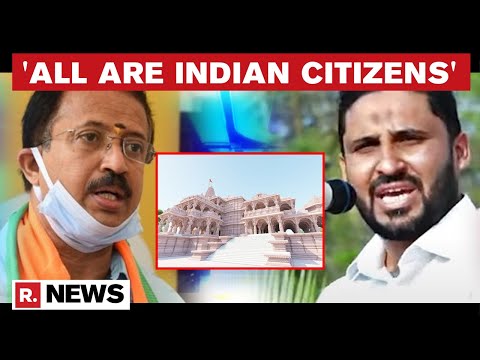 Union Minister V Muraleedharan on Friday hit out at the Popular Front of India (PFI) and its leader Anis Ahmed for provocative remarks on Ram Mandir donation drive. Ahmed, General Secretary of the PFI while addressing a gathering on ‘Popular Front Day 2021’ in Karnataka on Thursday said that Muslims should not donate for the construction of the Ram temple because that is an “RSS mandir.”

‘Respect the constitution & land of law’

Minister of State for External Affairs Muraleedharan while speaking to Republic Media Network said this is how the PFI has been luring innocent Muslim youth into their fold. He asserted that India is the most democratic country where “every minority has the right to live and has equal opportunities.”

“This is how the PFI has been luring innocent Muslim youth into their fold and creating martyrs out of them, asking them and motivating them to fight against their country and when the law catches up on them, they try to create a scenario and portray them as martyrs. But ultimately, they are all Indian citizens and they should be law-abiding citizens. They should respect the constitution and law of the land. So the Muslim youth, some of them who are perhaps innocent to believe and have confidence in these Popular Front leaders, should realise that this country is the most democratic country where every minority has the right to live and has equal opportunities,” the BJP leader said.

Meanwhile, the Vishwa Hindu Parishad (VHP) has demanded a ban on the organisation. Catch all the live updates on Republic TV.

India-China To Hold 10th Round Of Talks On Feb 20; Disengagement In Pangong Tso Completed