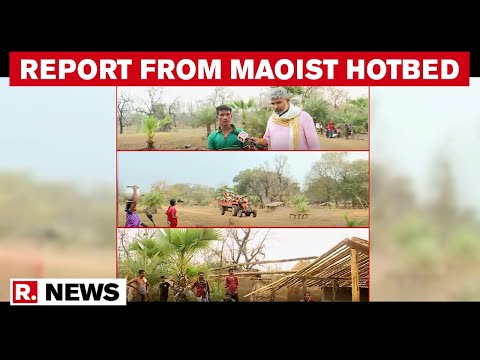 After the deadly attack where 22 jawans were martyred in an encounter with Maoists in Chhattisgarh’s Sukma district, on April 3, Republic TV visited the attack site and talked exclusively to the villagers who witnessed the massacre. The attack took place in the Tekulagudem village- due to Maoist terror the village has been deprived of development.
Reportedly, over fear of Maoists, locals fled the village during the incident and returned after two days. As per eye witness accounts, when the firing started they hid in their houses and a few people ran away from the village. The witness denied the rumours that the villagers were aware of the attack as many of them managed to leave. When the villagers returned they saw the dead bodies of the martyred jawans.
The Central government has now vowed to end the Maoists terror from the region and assured that the battle against them will be intensified and will be won in the end. “The Centre, under the leadership of Prime Minister Narendra Modi, is determined to take our fight against Naxalism, by working in tandem with the state government, to its logical conclusion. In the past few years, the fight against Naxalism has reached a decisive turn and this unfortunate incident has taken this fight two steps forward. I want to assure the countrymen that this battle will be intensified and we will win it in the end. We have successfully set up camps in interior areas in the last few years, which has annoyed Naxals resulting in such type incidents,” said Amit Shah

‘Missing jawan in our captivity,’ claim Maoists; set conditions for his release