Gangster Mukhtar Ansari Brought Back To UP; Lodged In Banda Jail
Advertisement 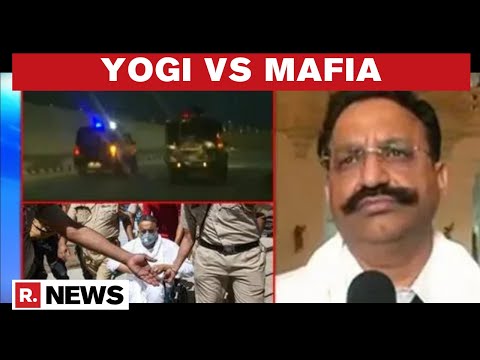 Dreaded gangster-politician Mukhtar Ansari was brought back to Banda jail in Uttar Pradesh on early Wednesday morning after spending over two years in Punjab’s Ropar prison, police said. Acting on a Supreme Court order, the UP Police took custody of the 57-year-old BSP legislator on Tuesday to bring him back to Banda prison. A convoy of six police vans, a Vajra vehicle accompanied Ansari in an ambulance covering a distance of 882 km spanning three states for over a 16-hour journey. The five-time MLA arrived at Banda jail at 4:30 AM and was lodged in a common barrack. He also underwent a COVID-19 test at around 8 AM and will be later shifted to barrack number 15. “Security personnel has been posted inside as well as outside the jail premises,” said Banda jailor Pramod Tiwari.
Ansari will be guarded by three security personnel round-the-clock inside the barrack, he said. Besides, a panel of four doctors has been constituted on the apex court’s directions to monitor Ansari’s health. Ansari’s wife, however, refuting the claims wrote to President Ram Nath Kovind, expressing fears that he might be killed in a fake encounter while being transferred from Punjab to Uttar Pradesh following the Supreme Court direction.