Water supply to be affected in Delhi on March 8-9. Check details

"Call Me Selfish, But...": Actor Mithun Chakraborty On Joining BJP

'Will Teach You About Syndicates': Mamata Banerjee’s Dig At PM On Fuel Price

'If Scooty Falls In Nandigram, What Can We Do?': PM's Swipe At Mamata Banerjee

Good news! Junk your old car and get 5% rebate from automakers on new purchase

'If BJP wants to buy votes, take the money and vote for TMC': Mamata urges voters

Mamata Banerjee's Retort On "Parivatan In Bengal" To PM Modi

Delhi Assembly set to meet with 2 changes in its proceedings

UP: Priest booked for raping minor on pretext of teaching 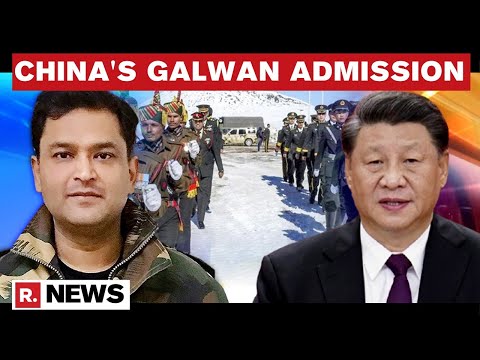 China on Friday admitted for the first time that the People’s Liberation Army (PLA) lost four of its soldiers in the Galwan Valley clash with India last year near the LAC. According to a report by state-controlled People’s Daily, “Four Chinese soldiers, who were sacrificed in last June’s border conflict, were posthumously awarded honorary titles and first-class merit citations, Central Military Commission announced Friday. A colonel, who led them and seriously injured, was conferred with an honorary title.”

Once again blaming India for the conflict, the report said, “The awards process also revisited the whole incident – how the Indian military deployed a large number of soldiers who premeditatedly hid, trying to force the Chinese military to concede. How the Chinese soldiers defended the sovereignty of the country amid attacks of steel tubes, cudgels and stones was also highlighted.”

Earlier this month, while reporting that the frontline troops of China and India at the south and north banks of the Pangong Lake in eastern Ladakh have started disengagement, Russian news agency TASS had claimed that Beijing lost 45 soldiers in the Galwan Valley clash last year.

According to a TASS report, “Chinese and Indian forces clashed in the region in May and June 2020, resulting in at least 20 Indian and 45 Chinese servicemen dead. Following these incidents, New Delhi and Beijing increased the concentration of forces in the region to about 50,000 people each.” According to an American intelligence report, the number of casualties on the Chinese side was 35.

Defence Minister Rajnath Singh had informed parliament earlier this month the agreement for disengagement in the Pangong lake area envisaged that both sides will cease their forward deployments in “a phased, coordinated and verified manner”. The two countries have had a stand-off along the LAC in eastern Ladakh since April-May last year due to actions of the Chinese army and have held several rounds of military and diplomatic talks.
Subscribe to Republic TV & Don’t forget to press THE BELL ICON to never miss any updates► http://bit.ly/RepublicWorld

Republic Exposes The Pattern In #ToolkitNarrative | The Debate With Arnab Goswami