India-China To Hold 10th Round Of Talks On Feb 20; Disengagement In Pangong Tso Completed

BJP Leader Reacts To Speculation Of Mithun Chakraborty's Entry, Says 'He Is Most Welcome'

Myanmar cracked down brutally on protests. It may get worse

What makes Yogi Adityanath a superstar campaigner in Bengal

No entry in Kashi Vishwanath's sanctum sanctorum on Shivratri

Congress To Oppose 'One Nation, One Election' Push In Karnataka Assembly

Indian-Americans taking over US, says Joe Biden at NASA meet 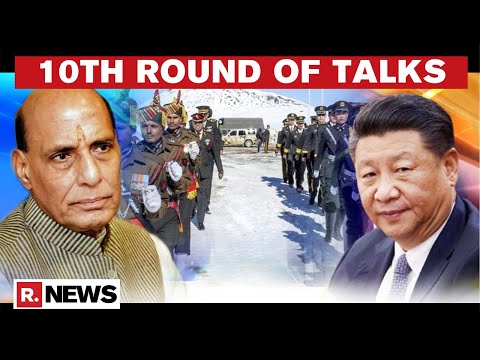 India and China on Saturday will hold the 10th round of Corps Commander-level talks at 10 am on the Chinese side of the Line of Actual Control (LAC) in Moldo. The two sides will discuss disengagement from other friction points after disengagement from both Northern and Southern banks of Pangong Tso Lake, according to Army sources. Disengagement at Gogra, Hot Springs and Depsang plains will be discussed.

The announcement comes on a day when China admitted for the first time that the People’s Liberation Army (PLA) lost four of its soldiers in the Galwan Valley clash with India last year near the LAC. According to a report by state-controlled People’s Daily, “Four Chinese soldiers, who were sacrificed in last June’s border conflict, were posthumously awarded honorary titles and first-class merit citations, Central Military Commission announced Friday. A colonel, who led them and seriously injured, was conferred with an honorary title.”