UP: Priest booked for raping minor on pretext of teaching

If Mamata didi can leave me so why can't I? TMC MLA Sonali Guha hints at joining BJP

BJP's Suvendu Adhikari To Be Fielded Against Mamata Banerjee For Nandigram Seat: Sources

Mithun Chakraborty To Be Present At PM Modi's Rally In Kolkata: Sources

Nirmala Sitharaman On Bollywood Linked I-T Raids: 'Please Look Back, It Happened In 2013'

PM Modi Arrives In Gujarat's Kevadia Ahead Of Commanders' Conference

AIADMK Allots 20 Seats To BJP Ahead Of Tamil Nadu Elections 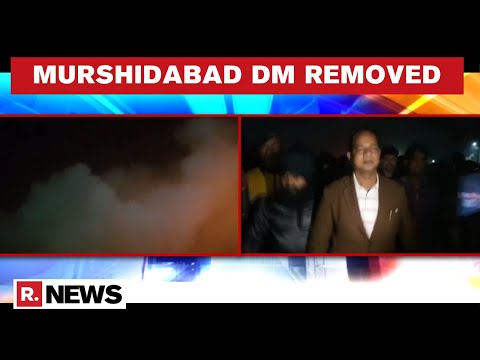 After crude bombs were hurled at TMC Minister Jakir Hossain in West Bengal’s Murshidabad last night, Governer Jadgeep Dhankhar on Thursday removed Murshidabad District Magistrate Jagdish Prasad Meena from the post. IAS Sharad Kumar Dwivedi has been appointed as the new DM for Murshidabad and has been given the ‘additional charge’ with immediate effect. It is important to note that Dwivedi currently serves as the Additional Secretary of the Health & Family Welfare Department.

In a shocking incident in poll-bound West Bengal, crude bombs were hurled at Labour Minister Jakir Hossain while he was walking towards Nimtita station to board a train for Kolkata. The incident occurred in Murshidabad when Jakir Hossain was standing on the platform of Nimtita station in the Jangipur sub-division while going to catch a train for Kolkata.

The people of his opposition group allegedly hurled bombs at the state minister after which he had to be brought to Jangipur Super Specialty Hospital for treatment. During the incident, and subsequent clashes, several of his supporters who were with Minister Jakir Hossain at the train station were also injured. According to the Indian Railways, relief and rescue measures had to be extended to 25 people post the horrific incident. Hossain is said to be stable at the moment.