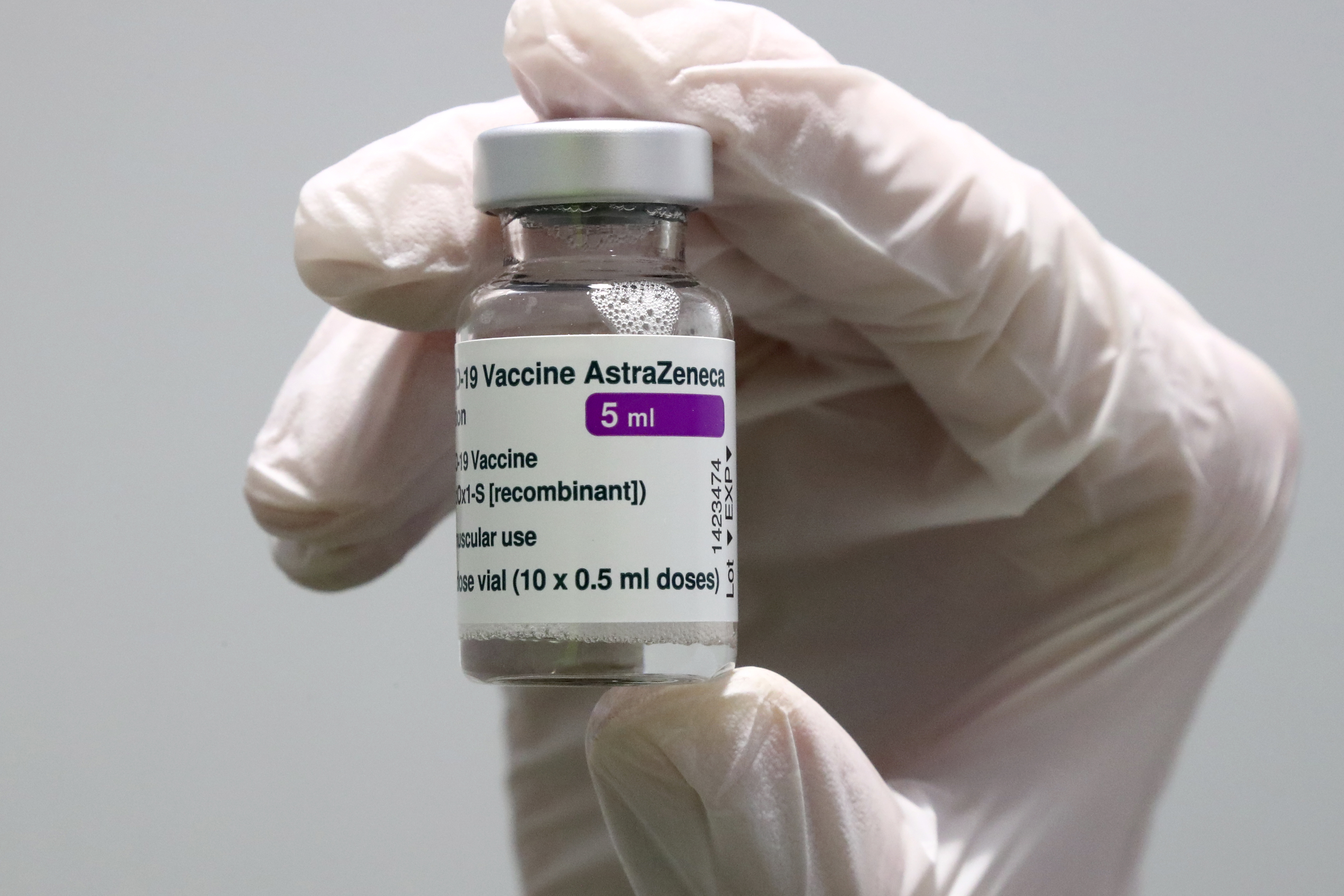 The European Union drug regulator says it has found a “possible link” between the AstraZeneca coronavirus vaccine and a rare clotting disorder but has declined to impose any new age restrictions, saying the benefits of the shot still outweigh risks.

Its UK counterpart, however, says it will offer people under 30 the choice of another product.

The European Medicines Agency described the clots as “very rare” side effects. It said most of the cases reported have occurred in women under 60 within two weeks of vaccination — but based on the currently available evidence, it was not able to identify specific risk factors. Experts reviewed several dozen cases that came mainly from Europe and the United Kingdom, where around 25 million people have received the AstraZeneca vaccine.

“The reported cases of unusual blood clotting following vaccination with the AstraZeneca vaccine should be listed as possible side effects of the vaccine,” said Emer Cooke, the agency’s executive director.

But it placed no new age restrictions on using the vaccine in people 18 and over, as some countries have done.

Dr June Raine, the head of Britain’s Medicines and Healthcare Products Regulatory Agency, echoed that sentiment, saying that the benefits “continue to outweigh the risks for the vast majority of people.”

She called the unusual clots a “potential side effect” of the vaccine and said the evidence was “firming up,” but more study was needed to be sure.

The EMA, the World Health Organisation and numerous other health authorities have said repeatedly that the AstraZeneca vaccine is safe and effective and that the protection it offers against COVID-19 outweighs the small risks of rare blood clots.

READ MORE: War of words: Why has Australia’s vaccine rollout been delayed? In a statement issued shortly after the EMA and MHRA decisions, the World Health Organisation said a causal relationship was considered “plausible but is not confirmed”.

“It is important to note that whilst concerning, the events under assessment are very rare, with low numbers reported among the almost 200 million individuals who have received the AstraZeneca COVID-19 vaccine around the world,” the WHO said.

“Rare adverse events following immunisations should be assessed against the risk of deaths from COVID-19 disease and the potential of the vaccines to prevent infections and reduce deaths due to diseases.

“In this context, it should be noted that as of today, at least 2.6 million people have died of COVID-19 disease worldwide.”

The announcements could have far-reaching effects on the use of the shot that is key to global efforts to end the pandemic.

The EMA’s investigation was particularly focused on two types of rare blood clots: one that appears in multiple blood vessels and another that occurs in a vein that drains blood from the brain. It also evaluated reports of people who had low levels of blood platelets, which puts them at risk of severe bleeding.

As recently as last week, the EMA said “there is no evidence that would support restricting the use of this vaccine in any population” — a response to several countries doing just that — though an expert said more brain clots were being reported than would be expected.

In March, more than a dozen countries, mostly in Europe, suspended their use of AstraZeneca over the blood clot issue. Most restarted — some with age restrictions — after the EMA said countries should continue using the potentially life-saving vaccine.

Meanwhile, Britain, which relies heavily on AstraZeneca, never suspended use of the vaccine. 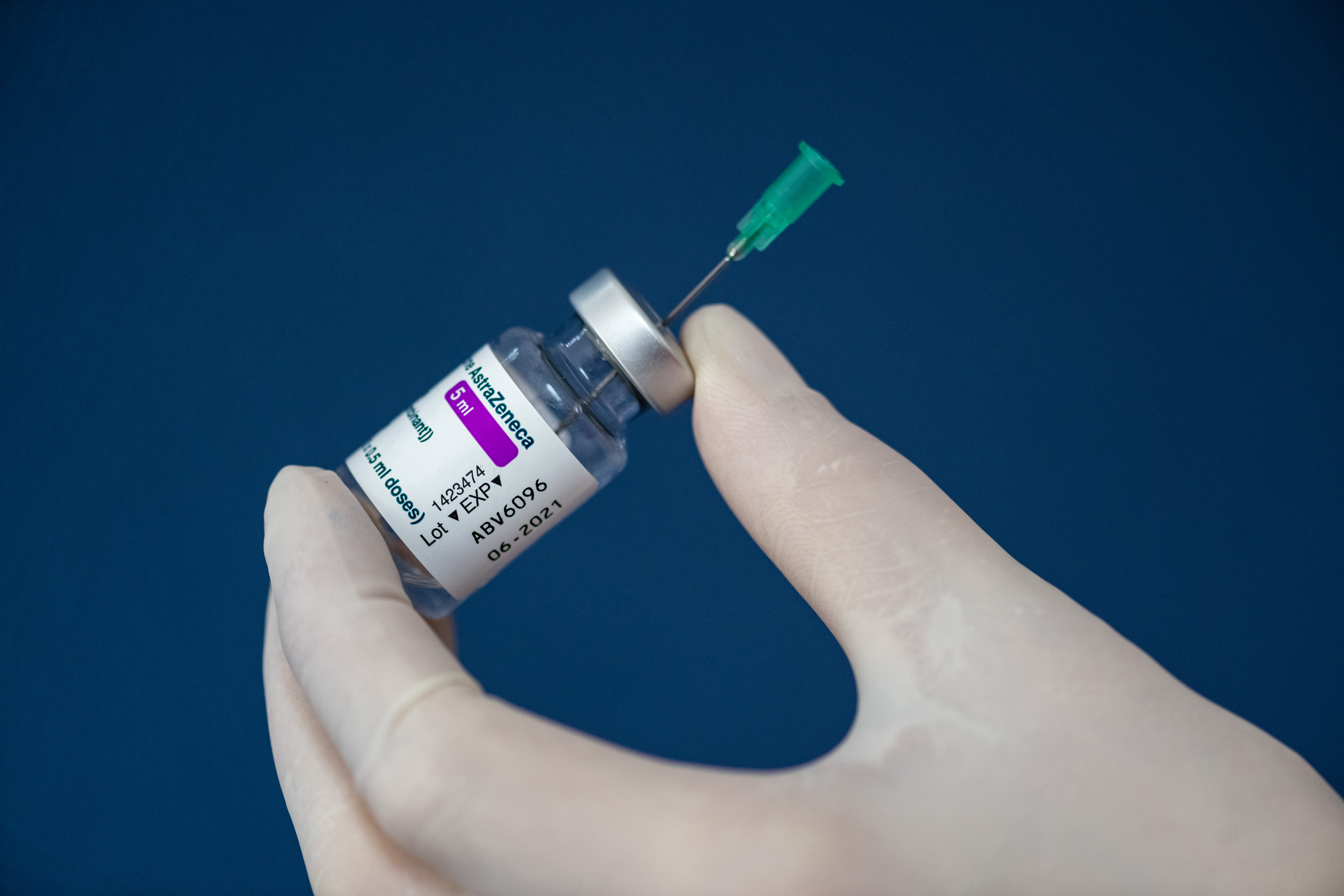 The suspensions were seen as particularly damaging for AstraZeneca because they came after repeated missteps in how the company reported data on the vaccine’s effectiveness and concerns over how well its shot worked in older people. That has led to frequently changing advice in some countries on who can take the vaccine, raising worries that AstraZeneca’s credibility could be permanently damaged, spurring more vaccine hesitancy and prolonging the pandemic.

“We can’t afford not to use this vaccine if we are going to end the pandemic,” he said.

That’s because the vaccine is cheaper and easier to store than many others, is critical to Europe’s immunisation campaign and a pillar of the UN-backed program known as COVAX that aims to get vaccines to some of the world’s poorest countries. It has been endorsed for use in more than 50 countries, including by the 27-nation EU and WHO. US authorities are still evaluating the vaccine.

The governor of Italy’s northern Veneto region had said earlier Wednesday that any decision to change the guidance on AstraZeneca would cause major disruptions to immunisations — at a time when Europe is already struggling to ramp them up — and could create more confusion about the shot.

“If they do like Germany, and allow Astra Zeneca only to people over 65, that would be absurd. Before it was only for people under 55. Put yourself in the place of citizens, it is hard to understand anything,” Luca Zaia told reporters on Wednesday.

The latest suspension of AstraZeneca came in Spain’s Castilla y León region, where health chief Verónica Casado said Wednesday that “the principle of prudence” drove her to put a temporary hold on the vaccine that she still backed as being both effective and necessary.

“If there are in fact individuals of a certain age group that could have a higher risk (of clotting) then we need to adjust its use,” Casado told Spanish public radio. “We are not questioning AstraZeneca. We need all the vaccines possible to reach the goal of 70 per cent of the adult population.”

French health authorities said they, too, were awaiting EMA’s conclusions and would follow the agency’s recommendations, especially for the 500,000 people who have received a first dose of AstraZeneca.

Even officials in Asia said they were keen to hear the EMA’s decision. On Wednesday, South Korea said it would temporarily suspend the use of AstraZeneca’s vaccine in people 60 and younger. In that age group, the country is only currently vaccinating health workers and people in long-term care settings.

The Korea Disease Control and Prevention Agency said it would also pause a vaccine rollout to school nurses and teachers that was to begin on Thursday, while awaiting the outcome of the EMA’s review.

English, the former chair of a British Medical Association committee, said that even rare, serious side effects are seen with established vaccines and that policymakers often decide that bigger public health goals warrants their use, citing the polio vaccine as an example. For every million doses that are given of the oral polio vaccine, about one child is paralysed from the live virus contained in the vaccine.

On Tuesday, AstraZeneca and Oxford University, which developed the vaccine, paused a study of the shot in children while the UK regulator evaluates the link between the shot and rare blood clots in adults.

Australia has been urged to pause overseas arrivals from countries with high rates of COVID-19 transmission.

Australia has been urged to pause overseas arrivals from countries with high rates of COVID-19 transmission.

The Morrison government has pledged another $565.8 million towards cleaner technologies on the eve of a virtual climate summit at which Australia is expected to come under pressure.US President Joe Biden is reportedly set to announce a more ambitious target to cut his country’s emissions at least in half by 2030, after UK Primer Minister… 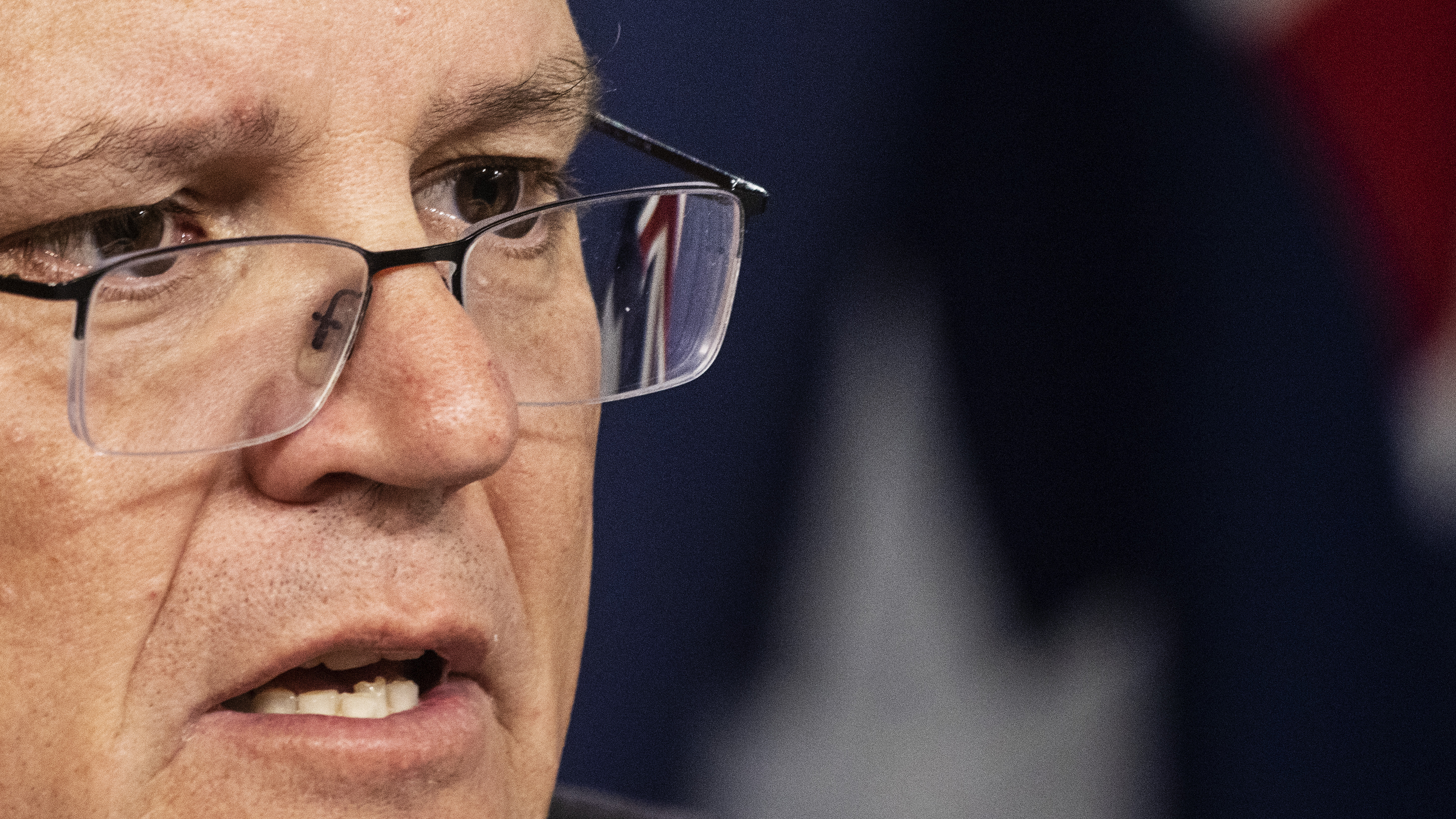 The Morrison government has pledged another $565.8 million towards cleaner technologies on the eve of a virtual climate summit at which Australia is expected to come under pressure.

US President Joe Biden is reportedly set to announce a more ambitious target to cut his country’s emissions at least in half by 2030, after UK Primer Minister Boris Johnson pledged a 78 per cent cut by 2034.

Australia’s current target is 26 to 28 per cent below 2005 levels by 2030, but Prime Minister Scott Morrison has so far refused to put a timeframe on the nation’s “road to net-zero”, which many other countries have committed to by 2050.

Mr Morrison has this week been pushing the idea the goal will be achieved through improvements to technology and industry rather than “imposing taxes” or “eliminating industries”.

The newest package, aimed at bringing down the cost of low-emissions technologies, is based around co-funding international technology partnerships, generating $3 to $5 of investment for every dollar put in.

The government lists the US, UK, Japan, Korea and Germany as potential partners in Australian-based projects hoped to create up to 2500 jobs.

“The world is changing and we want to stay ahead of the curve by working with international partners to protect the jobs we have in energy-reliant businesses, and create new jobs in the low emissions technology sector,” Mr Morrison said in a statement. 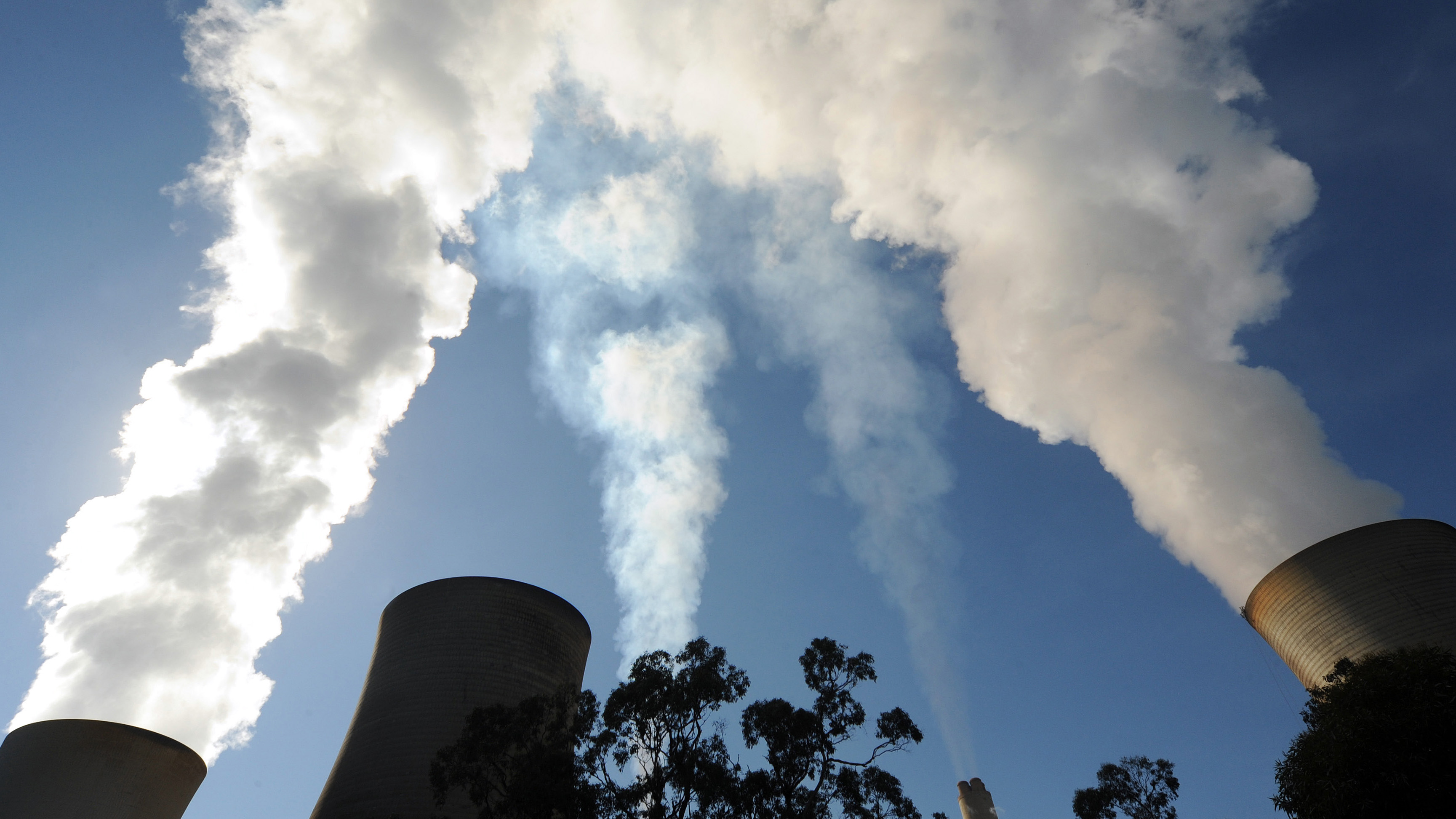 “As we look to take advantage of these new export opportunities, we won’t look to reduce our own emissions by shutting down our existing export industries like agriculture, aluminium, coal and gas.”

The eight-year funding announcement, on the back of $539 million pledged on Wednesday towards hydrogen and carbon capture hubs, is linked to the government’s “technology investment roadmap” goal of investing in priority technologies such as clean hydrogen, low-cost energy storage and low-carbon materials.

“The goal of the roadmap is to help industry to scale up to convert the green premium into a green discount, thereby ensuring a future low-cost, low-emissions economy,” government special adviser for low emissions technologies Dr Alan Finkel said in a statement.

“Collaboration with other like-minded countries on development and deployment will help achieve this goal.” 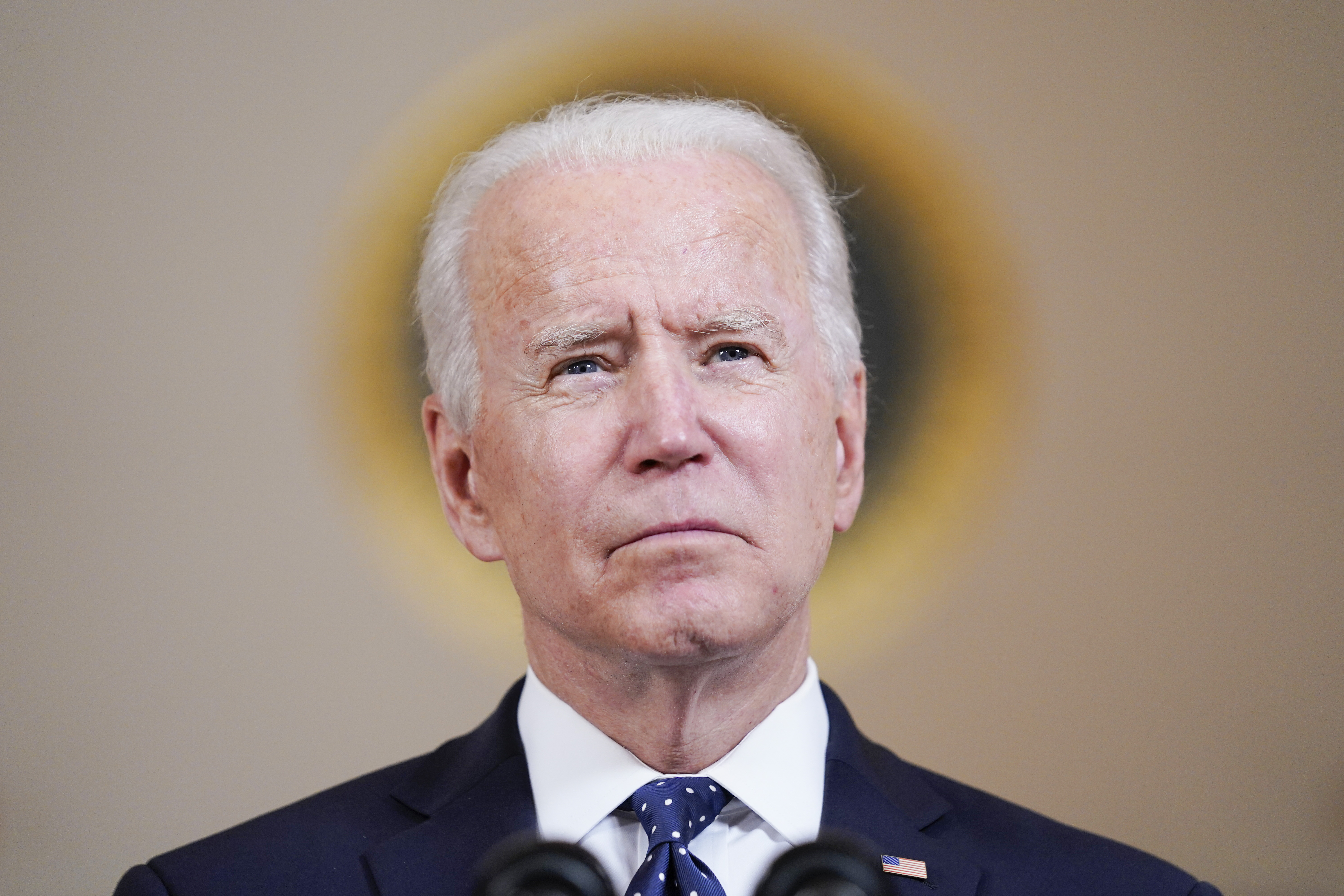 The US’s nonbinding but symbolically important pledge is a key element of Mr Biden’s two-day summit, which begins on Thursday when world leaders gather online to share strategies to combat climate change.

China announced on Wednesday that President Xi Jinping would participate. China is the world’s largest carbon polluter, with the US second.

The US emissions target has been eagerly awaited by all sides of the climate debate.

It will signal how aggressively Mr Biden wants to move on climate change.

The 50 per cent target would nearly double America’s previous commitment and help the Biden administration prod other countries for ambitious emissions cuts as well.

The European Union on Wednesday reached a tentative deal intended to make the 27-nation bloc carbon-neutral by 2050.

The agreement commits the EU to an intermediate target of cutting greenhouse gas emissions by at least 55 per cent by 2030 compared with 1990 levels.

Indonesia’s navy is searching for a submarine that went missing north of Bali with 53 people on board, the military says.Military chief Hadi Tjahjanto on Wednesday said the KRI Nanggala 402 was participating in a training exercise when it missed a scheduled reporting call.The submarine was believed to have disappeared in waters about 95 kilometres… 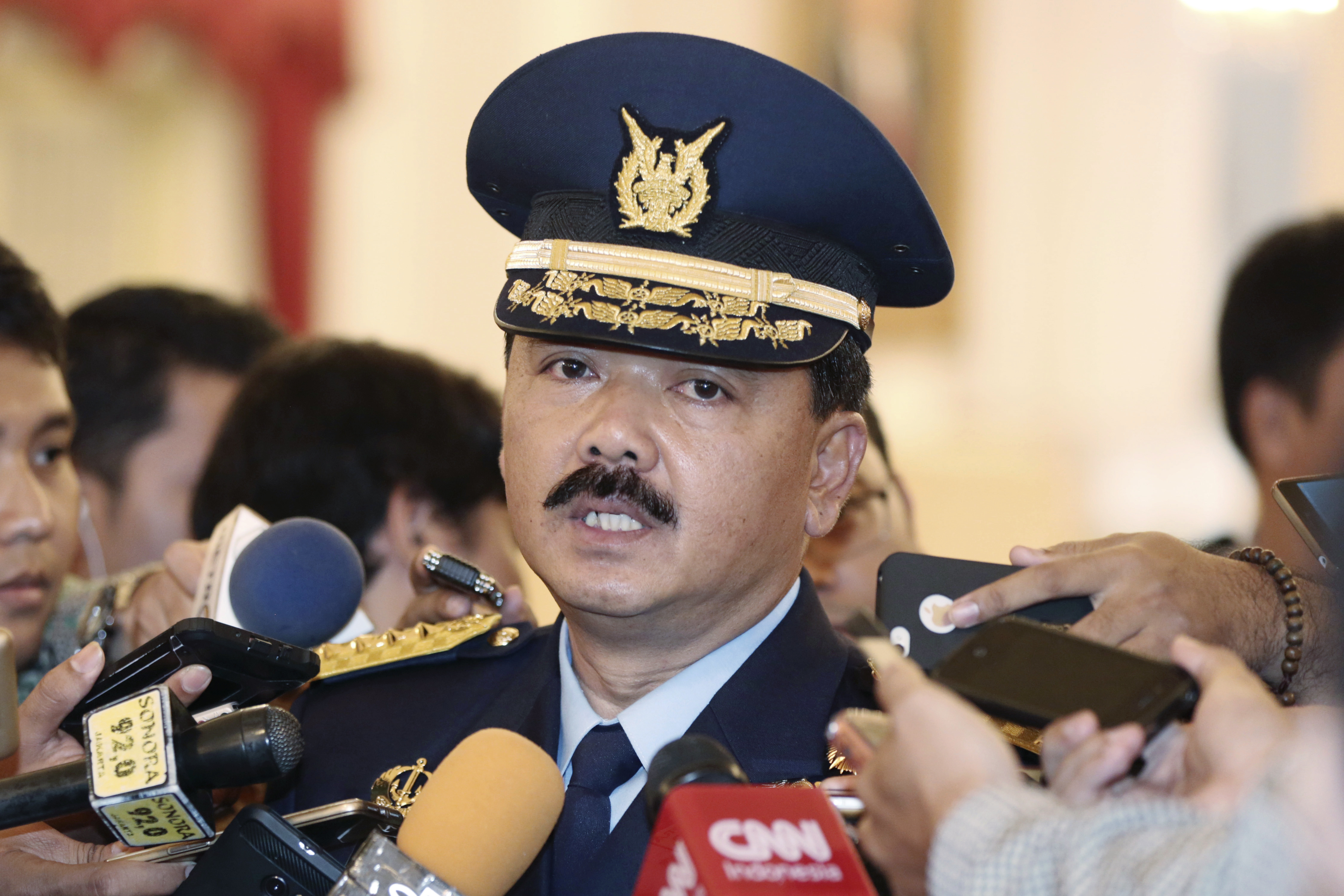 Indonesia’s navy is searching for a submarine that went missing north of Bali with 53 people on board, the military says.

Military chief Hadi Tjahjanto on Wednesday said the KRI Nanggala 402 was participating in a training exercise when it missed a scheduled reporting call.

The submarine was believed to have disappeared in waters about 95 kilometres north of Bali, he said.

Tjahjanto said the navy had deployed ships to search the area and asked for help from Singapore and Australia, which have submarine rescue vessels.

Local media reports said the navy believed the ship sank into a trough at a depth of 700 metres. There was no immediate information about why it went missing.

The German-built submarine, which has been in service since the early 1980s, was rehearsing for a missile-firing exercise that was to take place on Thursday. Tjahjanto and other military leaders were to attend.

Indonesia currently has a fleet of five submarines and plans to operate at least eight by 2024.

The country has faced growing challenges to its maritime claims in recent years, including numerous incidents involving Chinese vessels near the Natuna Islands.